3 Things You Should Learn in a Conceal and Carry Class 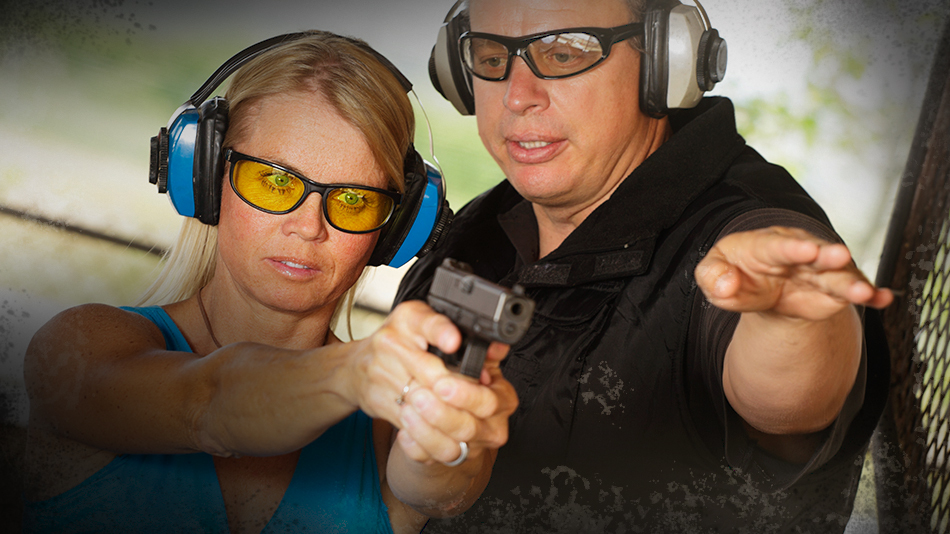 Please keep in mind that this list is in no way exhaustive. Additionally, if your conceal and carry class didn’t cover some of these topics, that doesn’t mean you attended a bad class. Ultimately, part of being a responsibly armed gun owner is taking your education into your own hands and seeking as much knowledge and training as your resources allow. It can be difficult to get everything you need to know from just one class or source.

Thankfully, most people who choose to carry a gun will never have to use it in a self-defense encounter. But no matter the odds of actually needing your carry gun, being technically proficient with your carry gun is incredibly important given the stakes involved if you ever ARE forced to use it. Most importantly, you need to actually have the gun with you to defend yourself with it, and if you don’t know how to carry and conceal a firearm comfortably, the chances that you’ll have it with you to defend yourself go down.

With all that in mind, the best conceal and carry classes will teach you the things that you need to know so that you can conceal a gun on your person without negatively impacting your day-to-day life. This could include what to look for (and not look for) in a holster, the pros and cons of various carry methods, and, since we’re talking about the best conceal and carry class, a discussion on the principles of concealment.

2. How Things Can Go Wrong

Sadly, most people do not like examining ways that they might do something poorly. This is human nature and completely understandable. However, the best way to mitigate risk is to first acknowledge that the risk is present. With that in mind, the best conceal and carry class will include a conversation about how a self-defense encounter can go wrong and the risks that need to be mitigated by anyone who chooses to own or carry a gun for personal protection.

Specifically, there should be conversations about the potential aftermath of a self-defense shooting (so that people understand why it’s always better to avoid a violent encounter if at all possible) and about the rules of safe gun-handling and why it’s crucial that they must be treated as life rules, not just range rules. The best conceal and carry class might even include a conversation about legendary firearms trainer Claude Werner’s work regarding “Serious Mistakes Gunowners Make.”

3. Deadly Force and Use of Force Law

One of the most misunderstood aspects of conceal and carry specifically, and personal protection in general, is the fundamental law surrounding when someone is justified in using deadly force to defend their own life or the life of someone else. The best conceal and carry class will spend a great deal of time on this subject and go into more depth beyond a generic “you need to be in fear for your life.”

Complicating this point is that while the basic concepts can be relatively universal, self-defense laws can have small or sometimes large divergences depending on the state that you live in. With the caveat that it’s of the utmost importance that you familiarize yourself with your local laws, there are four general things to keep in mind when considering whether or not you would be justified to defend yourself with deadly force.

Second, even if someone has the ability to cause you death or great bodily harm, they must also have the opportunity to bring that ability to bear. For instance, someone armed with a knife can injure or kill. However, suppose our imaginary knife-wielding attacker is separated from approaching you by something like a chain-link fence. In that case, they do not have the opportunity to use that force against you. Put a gun in the hands of the same attacker, and now they have both ability and opportunity. Ability and opportunity alone are not enough, though, because there are two other points to consider.

Third, your life must be in imminent (immediate) danger or jeopardy, and you need to be able to reasonably articulate that fact both in the moment and after the event is over. Ability and opportunity on their own are not enough. Many of us go about our everyday life surrounded by people who have the ability and the opportunity to do us harm. Suppose two friends have lunch together, and both individuals carry a gun concealed on their person as a normal part of their lives. In that case, both individuals have the ability and opportunity to do each other harm. However, there is no jeopardy because neither party is doing anything to indicate that it’s anything other than a normal everyday interaction.

Contrast that with a stranger approaching you in a parking lot, who produces a weapon, and demands all of your money. In this instance, you can clearly articulate that your life is in immediate jeopardy. There’s one final point to consider, though, and it absolutely has to do with the defender’s actions.

The fourth and final point to consider is that, above all else, the defender must not have done anything to preclude their claim of self-defense. The preclusion concept can be harder for people who are new to self-defense to grasp, and the best conceal and carry class would absolutely take time to walk students through this concept. Many specific actions could preclude someone’s self-defense claim, but as a general rule, the most important part for our purposes is that the self-defender must not have provoked the interaction; i.e., been the initial aggressor, or caused the initial confrontation as a pretext to use force or deadly force.

The Best Conceal and Carry Class?

There are many other things that a candidate for “the best conceal and carry class” would include, and any one of these topics could be, and in some cases are, the basis of entire classes. It is impossible to fit everything that could be discussed in the best conceal and carry class into even an entire weekend of training, which is why it’s important that responsibly armed individuals always seek the highest level of training that their resources allow.