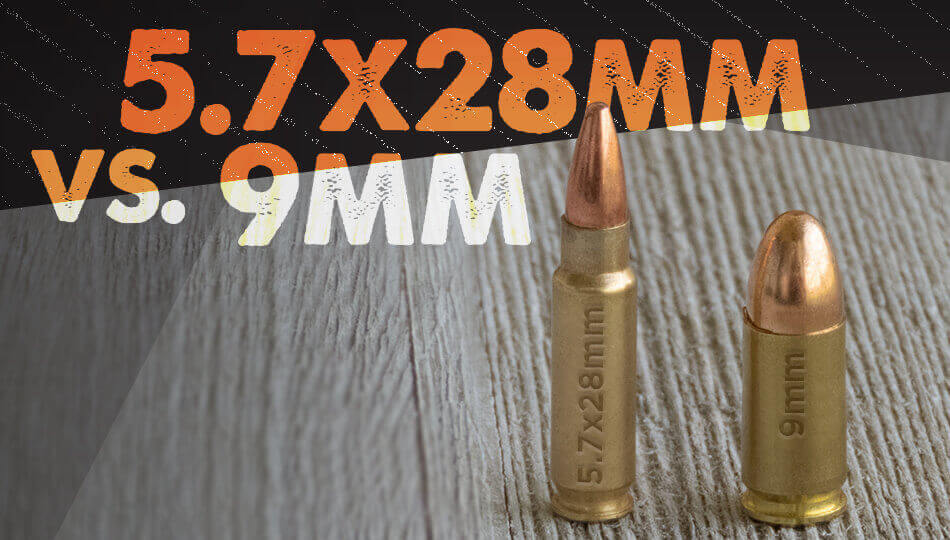 If there’s one cartridge that comes to mind for personal defense use, it’s probably 9mm (9x19mm Parabellum). Odds are, you don’t immediately think of 5.7x28mm, despite its capabilities—and it might be time to change that. The 5.7x28mm is a newer cartridge by gun industry standards, but it’s done a lot to prove itself. Interested in learning more about a round that’s frequently considered a “boutique” choice? Trying to decide between 5.7x28mm and 9mm? You’ve come to the right place.

The 5.7x28mm was designed in the late 1980s and officially introduced to the market in 1990. It was created by FN Herstal as part of the North Atlantic Treaty Organization (NATO) Personal Defense Weapon (PDW) trials. At the time, NATO was considering replacing 9mm and had opened competitive trials to several manufacturers.

During the testing and trials for a new standardized cartridge, NATO had a few requirements. The newcomers needed to provide improved accuracy, greater range, and terminal performance beyond what the 9mm was providing. FN’s first attempt was the SS90, which was an early version of the cartridge known today as the 5.7x28mm. 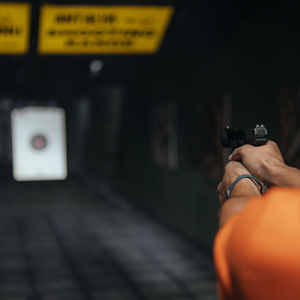 FN’s SS90 delivered as hoped. Loaded with a 23-grain projectile, it produced a muzzle velocity of 2800 feet per second. Two guns were designed by FN to run their newest addition: the FN Five-seveN and the FN P90, a personal defense weapon (PDW). The cartridge was capable of higher velocities fired from the P90 thanks to its longer barrel, but it did well in both platforms. FN filed for a United States patent in 1989, and it was finally approved in 1991. The SS90 was fine-tuned, resulting in the SS190 Full Metal Jacket (FMJ), a higher-performing duty round.

According to FN, the SS190 FMJ is a 31-grain round capable of penetrating both the NATO CRISAT (Critical Research Into Small Arms Technology) body armor and a Level IIIA Kevlar vest. This is relevant because Level IIIA body armor is rated for protection against handgun cartridges such as .38 Special and 9mm. In addition, testing carried out by the Houston Police Department proved the SS190 can penetrate barriers such as vehicle doors. As a result, the Bureau of Alcohol, Tobacco, Firearms and Explosives classified SS190 as an armor-piercing (AP) round, and FN restricts sales to law enforcement and military only.

Over the years, numerous 5.7x28mm rounds have been developed by FN for use by the general public. And while the cartridge didn’t exactly replace 9mm, it’s used by a lot of professionals. For example, more than 40 nations use it as their standard duty round for law enforcement or military service, and here in the United States, the Secret Service uses it.

There’s often some confusion over the specifications of the 5.7x28mm cartridge. It doesn’t technically have a parent cartridge; FN invented it from scratch. The case is a bottleneck with a rebated rim and case length of 1.138 inches, and it takes Boxer small rifle primers. It’s not recognized as a Sports Arms and Ammunition Manufacturers’ Institute (SAAMI) cartridge, but the generally accepted maximum pressure is 50,000 psi.

Including the original SS90 round, which was discontinued in 1993, there have been approximately 12 different loads for the 5.7x28mm. This includes blanks and dummy rounds as well as rounds manufactured not by FN but by Federal Ammunition and Speer.

It’s understandable to want to do a 5.7x28mm vs. 9mm comparison; after all, one was created to attempt to dethrone the other in NATO. They’re frequently compared with one another, and gun owners seem to either love or hate them. In reality, the 5.7x28mm and 9mm are two significantly different cartridges. Consider this comparison chart:

Penetration differs between the two cartridges as well. As mentioned before, the 5.7x28mm SS190 load is capable of penetrating body armor such as Level IIIA. The 9mm is not considered an armor-piercing round.

One good way to compare ammo is through the use of a ballistics chart. Consider the chart below which compares ammunition loads from the same manufacturer to showcase what they market as an effective defensive round:

Something you’ll notice is that the ballistics chart shows 9mm produces less muzzle velocity and greater muzzle energy than 5.7x28mm and maintains them both longer. So while the 9mm is a bit slower when it’s fired, it doesn’t lose velocity as quickly as the initially faster 5.7x28mm. This is a feature of 9mm that proponents of the round enjoy and 5.7x28mm proponents point to as a downside. The logic is that because 5.7x28mm loses speed faster, the risk of overpenetration or hitting an innocent target is far less than the risk of those things while using 9mm. It’s a ballistic feature often mentioned by FN to explain why the company believes its cartridge is superior to 9mm when it comes to defensive use.

Guns are tools and should be chosen according to purpose. When selecting a firearm and trying to choose between 5.7x28mm and 9mm, ask yourself the following questions:

Ultimately, gun selection comes down to personal preference and need. Of course, in the case of 5.7x28mm, ammo availability might affect your decision as well.

There are many logical reasons to use guns chambered in 5.7x28mm for concealed carry purposes. As we’ve seen, it’s undeniably a capable defensive cartridge—and was, in fact, made for defensive use—but you might be wondering about the availability of ammo and guns. 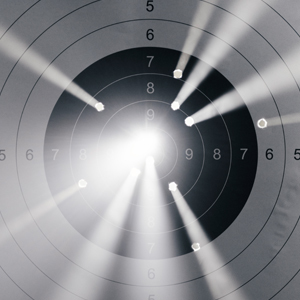 FN is no longer the only manufacturer designing and producing guns chambered in 5.7x28mm. It’s true that they aren’t as common as 9mm pistols, but the pistol selection has expanded in recent years. Gun makers with firearms chambered in this cartridge include FN, Ruger, CMMG, KelTec, Masterpiece Arms, Diamondback, and Palmetto State Armory. The most popular carry pistol options are the FN Five-seveN and the Ruger 57. FN’s is the longest-running design, while Ruger’s is fairly recent, having been officially launched in 2019.

If you’re considering using a 5.7x28mm pistol for personal defense, you’re not alone. Not only has it become a popular handgun cartridge, but the scales have also seemingly tipped in its favor for ammo availability. There was a time when 9mm filled gun store shelves, but as pandemic-related ammo shortages have continued for years, it’s often the boutique rounds gun owners can find more easily. It just so happens that 5.7x28mm ammo is frequently in stock when 9mm is not.

FN designed this cartridge to deliver superior accuracy and performance in handguns and PDWs. It produces less felt recoil than many rounds, such as 9mm. Due in part to its lesser felt recoil and muzzle rise, accuracy tends to improve. If you compared 5.7x28mm with 9mm, shot for shot, you might find the 5.7x28mm is the winner for a softer recoil and rapid target acquisition, but the 9mm is more precise at greater distances. Once you’ve shot a gunchambered in 5.7x28mm, you may find the difference in recoil between it and a 9mm is rather negligible.

Ammo for guns chambered in 5.7x28mm is being designed and produced by various manufacturers, including:

It’s frequently easier to buy 9mm ammo in bulk than 5.7x28mm, so if bulk ammo is important to you, check your usual stores prior to making a final choice about the newer cartridge.

Both 5.7x28mm and 9mm are reliable self-defense rounds with proven histories. Ballistics show the 5.7x28mm does lose velocity and energy more rapidly than 9mm—which is what it was designed to do—and 9mm produces more of both overall. The 5.7x28mm has more restricted ammo options, while 9mm ammo is practically endless—but you also need to consider whether 9mm is regularly available at your local store. If a slight difference in recoil matters significantly to you, try out 5.7x28mm and compare it with 9mm. There’s no magic answer in the 5.7x28mm vs. 9mm debate. It all comes down to which cartridge is best suited to your specific needs.