The 411 on Getting Your Carry Concealed Weapon License in California 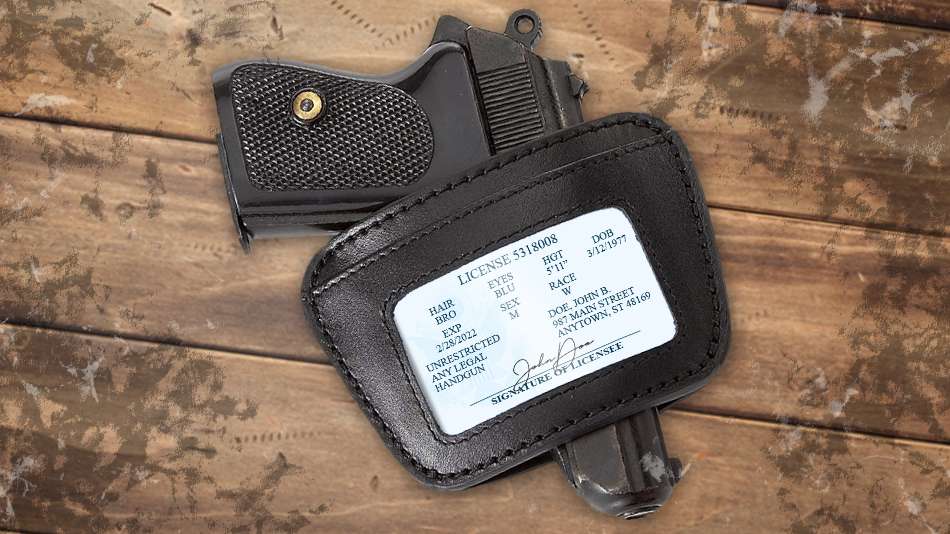 Unlike other states, California is a “may issue” state when it comes to Carry Concealed Weapon (“CCW”) licenses. This means the issuing authority (i.e., local police department or sheriff’s office) has broad, and nearly exclusive, discretion to approve or deny applications for CCW licenses. This discretion is effectively unreviewable, which means courts are reluctant to overrule the decision to grant or deny issuance of a CCW license. This can prove frustrating for a law-abiding gun owner who wants to be able to conceal carry for purposes of defending themselves against an attacker.

California Law discourages its residents from carrying firearms, except in limited situations like hunting, and the officials who have authority to decide who may or may not carry concealed frequently exercise their discretion to deny folks the right to carry concealed. Below we discuss the process for applying and how to maximize your chances of obtaining a CCW license in California, if you feel that you need one.

How Can You Obtain a CCW License?

The requirements under California Law to obtain a CCW license are set forth in Cal. Penal Code 26150 and 26155. Among other requirements, applicants must establish that “good cause exists for issuance of the license.”

But what constitutes “good cause”? Depending on where the applicant lives, this requirement for a CCW license is subject to varying interpretations. This issue was raised in Peruta v. County of San Diego by a number of Californian residents and gun rights advocacy groups who claimed California Law related to CCW licenses violated their Second Amendment right to keep and bear arms by making it difficult, if not impossible, to satisfy the State’s requirements in large metropolitan areas. They were unsuccessful. The United States Court of Appeals for the Ninth Circuit ruled “that the Second Amendment right to keep and bear arms does not include, in any degree, the right of a member of the general public to carry concealed firearms in public.” In other words, the court concluded California’s CCW license requirements, including proof of “good cause,” are constitutional and therefore issuing officials have broad discretion. The good news is that this may change; the U.S. Supreme Court has signaled a receptiveness to potentially reviewing this issue in the future.

What Are the Requirements to Be Approved for a CCW License?

Nonetheless, at least for now, this official reluctance to issue CCW licenses to otherwise law-abiding gun owners may seem insurmountable. But not all hope is lost for those who desire to obtain a CCW license in California. To have the best opportunity of being approved and obtaining a license, each applicant needs to ensure all information provided during the application process is thorough and complete. Disclose, for example, any criminal convictions (beyond traffic tickets), no matter how far back they go.

Here are the specific requirements that an applicant must establish to be considered for a CCW license in California:

With these requirements in mind, each applicant will need to first complete a paper application with the appropriate issuing authority. There will be a fee associated with this application as well, and each applicant should have a copy of a valid California Driver’s License or ID and two items for proof of residency (one of which could be a utility bill, mortgage statement, etc.).

After submitting the application, you will likely be required to schedule an appointment with the issuing authority to submit fingerprints and conduct an interview. Finally, some jurisdictions may require psychological testing. If required, the applicant will be referred to a licensed psychologist used by the licensing authority for the psychological testing of its own employees. Fees associated with the testing will be the applicant’s responsibility to pay but can’t exceed $150 for an initial test.

The “Good Cause” Requirement

Most of the requirements are simple and easy to establish. The difficult element, however, is the “good cause” requirement. For the most part, a general desire to possess a weapon for self-defense (i.e., safety concerns) is rarely sufficient to meet this high burden in most jurisdictions. Again, in some small rural counties, the sheriff may accept that.

However, “good cause” can be established based on one reason or a combination of reasons. You need to be able to identify something in your life that places your safety at a higher risk than that of another person in your community. For example, does your job require you to transport cash or other valuable items? Have you been the victim of a crime of violence (or threats) in the past? Are you regularly in higher crime neighborhoods for employment or other reasons? Are you required to be alone in homes or businesses on a regular basis (e.g., real estate agent)?

These are just a few examples of reasons an applicant may have “good cause” to be issued a CCW license, but there is no exact prescription. Take a close look at your daily life, where you travel to and from, who you associate with, where you live, and what your job responsibilities are. Any of these could form the basis for providing proof of “good cause” in a CCW license application.

If you are approved for and issued a CCW license in California, the issuing authority may include any reasonable restrictions or conditions that are deemed warranted, including restrictions as to the time, place, manner, and circumstances under which you may carry. You will need to be acutely aware of these specific CCW license restrictions, along with other prohibited areas under State/Federal Laws (federal buildings, legislative buildings, areas within an airport, etc.) and strictly comply.

Additionally, a California CCW license is valid only for a maximum of two years from the date the license was issued. The renewal process is typically very similar to the original application; however, you will only need to complete an approved training course that is at least four hours in length.  Additional psychological testing for a renewal applicant can only be required if there is compelling evidence to indicate that a test is necessary.

Finally, and possibly most importantly, a CCW license only provides authority to conceal carry and does not provide additional authority to use, or brandish, your firearm beyond that of the general public. Oftentimes, people who are issued a CCW license mistakenly believe that license grants them additional authority to use their firearm for protection or other reasons. But the license itself only grants the licensee the authority to conceal carry the firearm. California self-defense laws apply to you as a CCW licensee the same as they apply to every other person in California. If a non-licensee would not be justified in brandishing the firearm or using deadly force in a particular situation, you, as a licensee, would likewise not be justified to brandish or use deadly force in that same situation.

For any further questions regarding obtaining a CCW license in California, call LawShield Member Insurance Services and ask to speak to your Independent Program Attorney.