Planning a vacation for your summer holidays? Not knowing the law could lead to severe consequences. You must know the law that applies to every step of your trip: from how to legally pack your gun for a flight, what to do when you get to the airport, and how the law in your end state governs your right to firearm possession. Before you start checking ticket prices, take some time to review these critical regulations.

Generally, here in Texas with a handgun license, you can openly carry your handgun in the unsecured area of an airport, in a belt or shoulder holster, or concealed anywhere on your person. For example, you can carry while picking someone up from the airport. However, if you’re flying out of that airport on a commercial airliner, or you must enter a secured area of the airport, you must know there are some strict limitations that can carry severe consequences.

The Transportation Security Administration, or “TSA,” lists the many requirements and rules on their website tsa.gov, which you must follow if you plan on transporting your firearm, handgun, or long gun on a commercial airplane:

Failure to comply with these requirements and other legal requirements on the TSA website could result in serious repercussions. Attempting to get on an airplane while carrying a concealed handgun carries possible punishments of up to 10 years imprisonment and/or a fine up to $250,000. Texas law also explicitly prohibits possessing or carrying a firearm into a secured area of an airport. That means an area of the airport or airport terminal building which access is controlled by the inspection of persons and property under federal law. Generally speaking, if a person is found carrying a firearm on their person or in their carry-on in the secured area of the airport, TSA will turn them over to local law enforcement for arrest and prosecution. In Texas, those people who do not have a handgun license may be arrested for a felony unlawful carrying of a handgun. Handgun license holders, on the other hand, must be allowed to depart the airport without arrest, but are still subject to heavy fines from the federal government.

Be aware, even if you comply with all TSA, federal, and home state requirements, you could still be criminally liable for an offense in another state. When your flight ends and you reach your vacation destination, you are subject to that state’s laws, and if you didn’t do your research and fly into a gun hostile state, the police may be waiting for you at baggage claim.

But how could this play out? Consider you’re legally flying with a firearm in accordance with TSA, federal, and state requirements, but extreme weather or a rerouted flight causes an unexpected layover in gun-hostile New Jersey. In this instance, retrieving your luggage could be a felony offense. If this happens, refuse to take possession of your bags, and request the airline forward them to their final destination. Remember, when you’re in another state, you’re subject to their laws. If you land in a state that is not friendly to the Second Amendment, you must use extreme caution.

For questions concerning securing and transporting your firearms while flying, call Texas LawShield and ask to speak to your Independent Program Attorney. 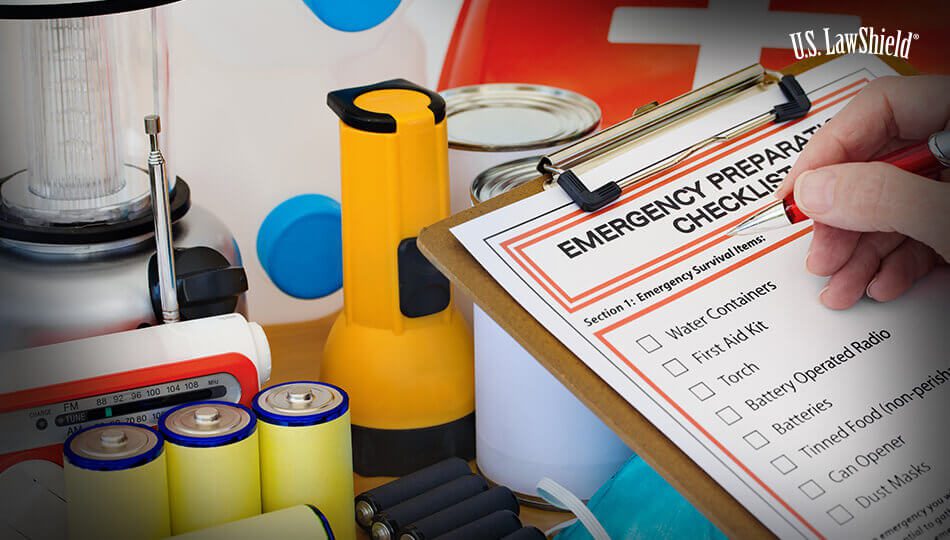