Home / Blog / How to Choose the Best Gun Safe For You

How to Choose the Best Gun Safe For You

If you own firearms, it’s wise to own a good-quality gun safe. Not only does keeping your guns locked up protect them from unnecessary damage and being handled by someone who shouldn’t have access to them, it protects them from outside issues like thieves, fires, and flooding. Choosing the best gun safe for your needs might seem overwhelming, but it can be simplified by taking certain factors into consideration.

What Are the Best Gun Safes? 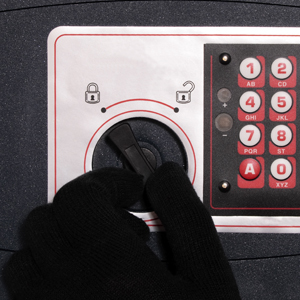 Your ideal gun safe is one that cannot be readily opened and is at least somewhat resistant to extreme temperatures and moisture. Keep in mind that does not only mean a pry-proof safe but also one that cannot be beat open by a bludgeoning or sharp object, or easily peeled apart by an acetylene torch. Is it likely a thief will enter your home prepared for a serious attempt at breaking into a gun safe? No, but you also cannot predict the future or which criminal might break into your home. Try not to get distracted by marketing techniques like camo-painted exteriors, visually impressive dials and tumblers, or endorsements from social media influencers. When choosing the best gun safe for your home it is well worth the time and cost of doing it right.

The best gun safe for you will likely have the following features:

Bottom line? The best gun safe for you is one that keeps your guns intact in the same place you left them regardless of what’s going on outside the safe.

What Are the Worst Gun Safes?

Some of the worst gun safe features we’ve heard about are the fault of the manufacturer, and some are yours. When choosing a safe, make sure the following things cannot be done to it:

Let’s take a moment to cover the issue of your guns being removed from your home by some guy who exerted no more effort than walking off with a little box or dragging off a larger safe with the help of a criminal friend, or a dolly. You can buy a fantastic gun safe, but if you do not bother to bolt it down or otherwise secure it, it won’t be any good against thieves. Do not be the guy that did not bother to secure the safe or safes to the structure itself. If a bad guy can walk away with it, it’s not doing you any good.

Should I Get a Safe With or Without Fire Protection?

This question has more than one answer. Yes, you should get the best gun safe possible with good fire protection. However, it will do you no good if it has heat resistance but no security. Choose the most rugged security first and then check out its fire rating. Security comes first although fire protection is important. According to Bureau of Justice statistics, there were approximately 3.7 million burglaries each year between 2003 and 2007, and 65 percent of those burglaries are carried out by people you know (meaning they probably know you have firearms in your home). 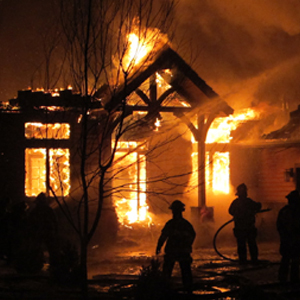 House fires can easily reach a temperature of 1500 degrees Fahrenheit. Unfortunately, the standards used in the gun safe manufacturing industry for fire resistance are not consistent. An Underwriter’s Laboratory (UL) rating is often used but the manufacturers often do not carry out enough testing for reliable ratings. Although it is not scientific, it is true that between two safes of the same size, the one that is much heavier likely has better fire proofing. It is a good idea to look for safes with more modern liners made of gypsum or ceramics instead of K-wool or sheetrock.

Gun safes are typically rated for how many minutes they can supposedly withstand a fire before the internal temperature exceed 350 degrees Fahrenheit. According to Firefighter Insider, house fires can last anywhere from five minutes to two hours. Factors like the material the house is made from and the presence of accelerants inside or near the home affect burn time and how it hot it gets.

What Kind of Lock Should I Have on My Gun Safe?

There are quite a few options on the market for locking mechanisms. The best gun safes have more than one method, something often called a redundant lock. Types of locks available include:

An example of a well-made safe from a respected manufacturer that features redundant locks, and a solid fire-resistance claim is the SnapSafe Super Titan. The Fort Knox Defender Vault is another high-quality, upright safe. There are quite a few reliable gun safes on the market. Take the time to do some research and choose carefully so your safe has the features you find most important to you.

What Are the Do’s and Don’ts of a Gun Safe?

How Do You Keep a Gun Safe, But Accessible, in an Emergency?

Using a smaller safe for your home defense firearms works well for accessibility. When possible, store the bulk of your collection in a large, heavy-duty safe and use one made for a single handgun or long gun for your preferred self-defense gun. Most pistol safes are not ideal for long-term storage but do work well for keeping your self-defense gun immediately accessible. Bolting them down prevents them from being easily carried off.

Ideally, your handgun would be in a holster on your body. Of course, that is not always going to be possible, especially overnight. If you’re using a pistol safe, practice removing your gun quickly–and in the dark. Stick with a redundant locking mechanism and a safe that is pry-proof but understand most will not be fire resistant. Do not bolt it down in plain sight.

It is your responsibility as a gun owner to keep your firearms securely stored. High-quality gun safes are expensive but well worth the investment.