Home / Blog / Is the System Rigged? What Every Legal Gun Owner Should Know About Jury Selection

Is the System Rigged? What Every Legal Gun Owner Should Know About Jury Selection 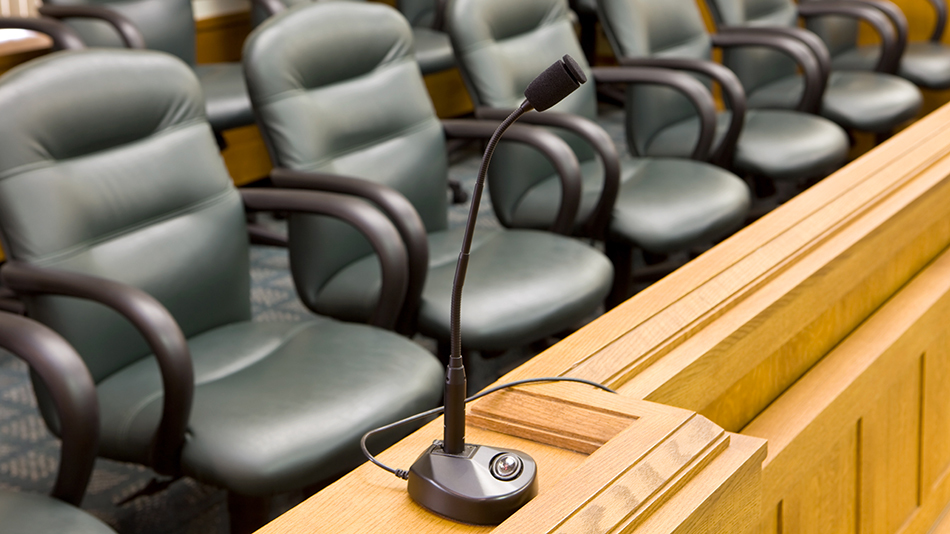 You’ve probably watched enough TV crime dramas to be familiar with the basics of the criminal justice system. But have you thought about exactly how juries fit into the process?

In this multi-part series on the key participants in the criminal justice system, we’ve already examined the roles of prosecutors and judges. Let’s take a look at another crucial element of criminal trials: juries.

The Role of Juries in the Criminal Justice System

To prevent the federal government from oppressing citizens, our nation’s founders spelled out basic individual rights and liberties in the Bill of Rights. These first 10 amendments to the United States Constitution protect against abuses of government power by enshrining freedom of speech, freedom of religion, the right to bear arms, and freedom from unreasonable searches and seizures (to name a few). The Sixth Amendment guarantees people accused of crimes the right to a “speedy and public trial by an impartial jury.” It also ensures that a person accused of a crime has the right to know the nature and cause of the accusation, with the opportunity to confront witnesses against them, and to have legal counsel. State constitutions provide similar protections to criminal defendants, and some state constitutions even offer more protection than the United States Constitution.

Jury trials play a central role in the U.S. justice system, and juries should impart fair judgment and protect against governmental overreach.

What Do Juries Do?

In a federal or state criminal trial, a prosecutor presents the case against a defendant in open court. The government must prove “beyond a reasonable doubt” that the defendant committed the crime. The jury’s job is to weigh admissible evidence presented by the prosecutor and the defense, decide the facts, and apply the facts to the applicable law. In federal courts and most state courts, a jury’s guilty verdict must be unanimous, meaning that all jurors must agree in their finding that the defendant committed the offense alleged beyond a reasonable doubt.

Civic involvement in the criminal justice system promotes transparency and democratic values. Criminal jury trials, however, have several flaws. A jury pool or a specific jury may be biased. For example, a crime that receives significant publicity may taint an entire jury pool, or a defendant’s race, gender, or ethnicity may sway a jury’s verdict. Jurors can be inattentive during a trial or want to end their jury duty as quickly as possible. They also may not understand the nuances of the applicable law in a case or may let emotions influence their decisions. Some trials end in a mistrial because of misconduct by jurors, such as discussing the trial with their spouses or reading news articles about the case history or trial proceeding. That is why so much time is spent trying to “select” the right jury for the case at hand. Suppose a prospective juror believed a specific controlled substance (drug) should be legal, regardless of what the law says; that juror may be great for a murder trial, but may have trouble setting aside their bias for a drug possession case. Therefore, it is critical that the court, prosecuting attorney, and defense attorney identify these biases to attempt to obtain a fair and impartial jury.

How Are Juries Selected?

Juries aren’t actually “picked,” but rather are composed based on a process of de-selection called “striking.” This process is known as “voir dire.” The term voir dire stems from a combined interpretation of the term as derived from Latin, used in medieval French, and borrowed by English. It is often translated by lawyers and judges as “to speak the truth” or “to see, to say.” During voir dire, attorneys and judges question a venire panel of prospective jurors to determine whether an individual may be biased or unable to handle the trial’s issues fairly—or whether there’s a rational reason to exclude the person from the jury, such as having personal knowledge of the incident alleged, or a prior relationship with a witness. Attorneys use this process to gauge the personalities and likely views of individual jurors. After questioning prospective jurors, the prosecutor or defense attorney can request that individuals be excluded for cause (a legal reason to excuse) or even dismissed on the basis of a peremptory challenge, meaning the attorney doesn’t have to state a reason for requesting the juror be excluded from the case. The only limitation on these “peremptory strikes” is that the attorney cannot utilize the strike solely on the grounds of the potential juror’s race, gender, religion, etc. For example: An attorney could strike a potential juror because she frowned at the attorney while he was speaking, but he could not strike that same juror if his only reason to strike was the fact that she was a woman.

The number of jurors required for a criminal trial varies among the states, but the federal standard of 12 jurors is the most common practice. There are some exceptions. For example, in Virginia, felony trials must have 12 jurors, but misdemeanor trials can have as few as seven. In Oregon and other states, there can be fewer than 12 jurors if both sides in a criminal trial agree.

What Should You Expect if You Go to Jury Trial for a Firearm-Related or Self-Defense Criminal Offense?

While every case and every trial are different, here is what you should expect if you are facing a gun-related charge.

After the jury has been selected, the trial will begin. The prosecutor and your attorney will make their opening statements, summarizing what they expect the evidence will show. Then the prosecution will present its case, typically utilizing fact witnesses, expert witnesses, and physical evidence. Your attorney will have an opportunity to cross-examine the prosecution’s witnesses and challenge any physical evidence.

Once the prosecution finishes presenting its case to the jury (called “resting” in legal parlance), your attorney will begin your defense, calling defense witnesses and presenting evidence. Once the defense rests, the prosecution may then call new witnesses or introduce new evidence to rebut the defense case. The prosecutor and defense attorney then make their closing arguments, summing up the evidence and arguing to the jury how the evidence supports your guilt or innocence.

Either before or after closing argument (depending upon the criminal procedure of your state), the judge will instruct the jury on the laws that apply to the case. This is generally done in a document presented to the jury called a “jury charge.” Jurors are the sole determiners of the facts and believability of witnesses, but they are required to follow the law in reaching their decision. In other words, a jury cannot base its verdict on what it would like the law to be; it must consider only the law as presented in the jury charge.

The jury will then “retire” to the jury deliberation room to discuss and weigh the evidence and then apply it to the judge’s instructions about the law. Jurors will vote to determine the verdict—guilty or not guilty. Once the jury has reached a unanimous decision, it will inform the judge. If the jury cannot reach a verdict, they have “hung,” and the judge will grant a mistrial. In the case of a hung jury and subsequent mistrial, the state has the option to (and most often will) try the case over again from the beginning with a brand-new jury. On some occasions, the state will dismiss a case after a mistrial. Most often, the entire process starts over again from jury selection and proceeds until a jury can come to a unanimous decision.

Once the jury has reached a verdict, the judge, jury, prosecutor, you, and your attorney will return to the courtroom. The jury’s verdict is read, and judgment is rendered.

What Should You Do?

Jury trials in criminal cases are an important safeguard against accusations of wrongdoing. But in today’s polarized political climate, do law-abiding gun owners have a fair chance in a jury trial? It may depend on the circumstances of your case and the jury pool in your area, but your attorney can suggest different approaches to jury selection and provide sound advice to help you prepare for a jury trial.

Be sure to check out the earlier parts of this series, “Why Do Prosecutors Turn Against Law-Abiding Gun Owners?” and “Can You Count On Justice From the Judge?”, and watch for Part 4 in the next newsletter.

For more information about how juries can impact a defendant’s freedoms, contact U.S. LawShield and ask to speak to your Independent Program Attorney.