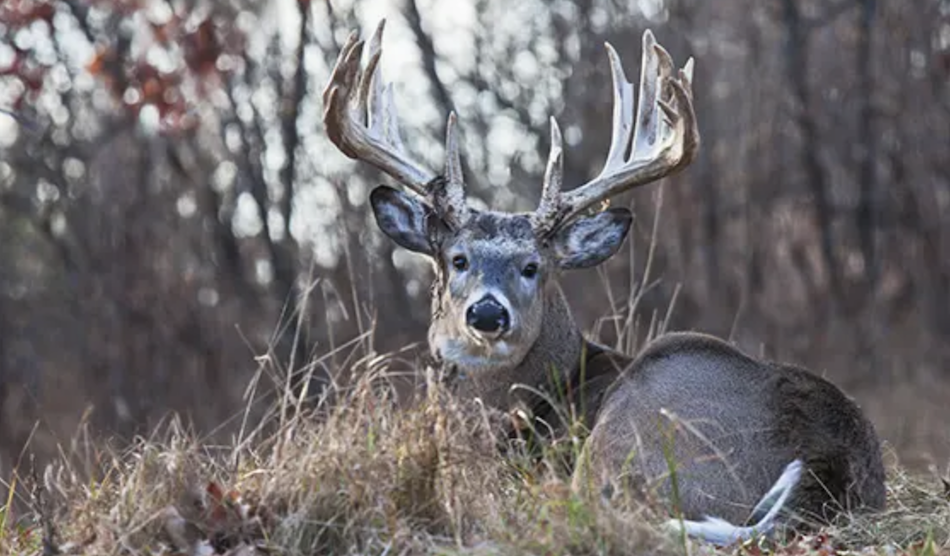 Note: This is the second in a five-part series discussing tactics that land hunters and anglers in jail.

Up until now, it has been one of those rare afternoons when everything seemed to work.

Your Eastern Pennsylvania tree stand overlooks a “funnel” of some known deer trails that connect wooded cover with an agricultural field. Some nice bucks have been seen dining there, but right now there’s a flock of Canada geese pecking through the stubble.

Sunlight fades, and you think about heading home. But then a decent buck appears about 20 yards from your stand; your heart thumps so hard, you can hear it. You unleash an arrow from your compound bow, and there’s a loud thwack. The buck kicks like a mule then runs for cover.

You spot the arrow’s fletching just beyond where the deer stood; it’s streaked with sticky red blood. As darkness falls, you grab a flashlight and the toilet paper you brought for, well, its original purpose. But now you’ll be tearing bits of it off the roll to mark drops of blood. The problem is, you only see a speck here, one there…. Minutes slip away; now it’s an hour past sundown. You’re hungry, tired, and worried coyotes will find your buck first.

You wish you had a trained dog with a keen nose to find your deer. These blood trackers are legal in Texas and other states, but not Pennsylvania.

“But that’s not for lack of trying,” said Justin McShane, an Independent Program Attorney with U.S. Law Shield. “Our state is home to some very experienced trackers who have Wirehaired Dachshunds, Labradors, or other nosey hounds trained to track deer blood.”

The trackers, with support from hunters eager for their help, have appealed to the General Assembly, hoping to change the Pennsylvania law that bans “dogs pursuing, injuring or killing game.” This law is set out in the state’s Game and Wildlife Code, Title 34, Chapter 23 (hunting and fur taking), Subchapter E (dogs pursuing game or wildlife).

“The only exception to hunting big game with dogs is while hunting fall turkeys,” McShane said. But, if a warden has proof that a dog is chasing and killing deer, it can be considered a “nuisance” and the officer is authorized to shoot it. Dogs are also permitted to hunt furbearers, such as coyotes, raccoons, bobcats and beavers.

“This law has gotten considerable press in Pennsylvania and the U.S., particularly in national hunting magazines,” according to McShane. “One article speculated that the law was created years ago to ensure dogs were not used to run down game for illegal market hunters.”

But, the trackers and their dogs don’t chase deer—a hunting tradition still legal although controversial in some southern states. Instead, they work to ensure the recovery of legally harvested game from thick cover.

“There have been efforts to get the law changed,” McShane said. “But that hasn’t happened yet. Meanwhile, trackers in Pennsylvania have recovered a lot of deer, but these guys don’t dare offer their services close to home. When deer seasons are underway, our trackers travel to nearby states where their skills are welcome.”

McShane said violating the law is a “summary of the third degree,” which carries a fine of not less than $250, nor more than $500. McShane noted, however, that any conviction for a second offense draws a fine double the amount for the first one.

And fees and fines don’t stop there. A violator could be ordered to pay costs of prosecution and restitution. In other words, they might have to reimburse the Commonwealth for prosecuting the case as well as the value of the deer they took. So add a few hundred more dollars to the bill.

Of course, the best way to avoid all that is to simply obey the law. So, leave your dog in camp or at home, even if it’s your prized bird dog that can’t stand staying put as you pull out of the driveway.

“A dog in the deer woods during hunting season is not legal,” McShane said. “So, if a warden notices ‘man’s best friend’ with you in the field, you can expect to be investigated on suspicion of using a dog to chase deer.”

But as long as the law remains on the books, the citizenry has the right through elected representatives to pursue changes that favor game-recovery dogs. For more on those efforts, follow Deer Recovery Pennsylvania at deerrecoverypa.org.

And remember, you don’t have to navigate complex fish and game laws on your own. A U.S. Law Shield membership with the Hunter Shield add-on keeps you protected at home and on the hunt, and includes legal education.

Get educated on the law, so the law doesn’t come looking for you.