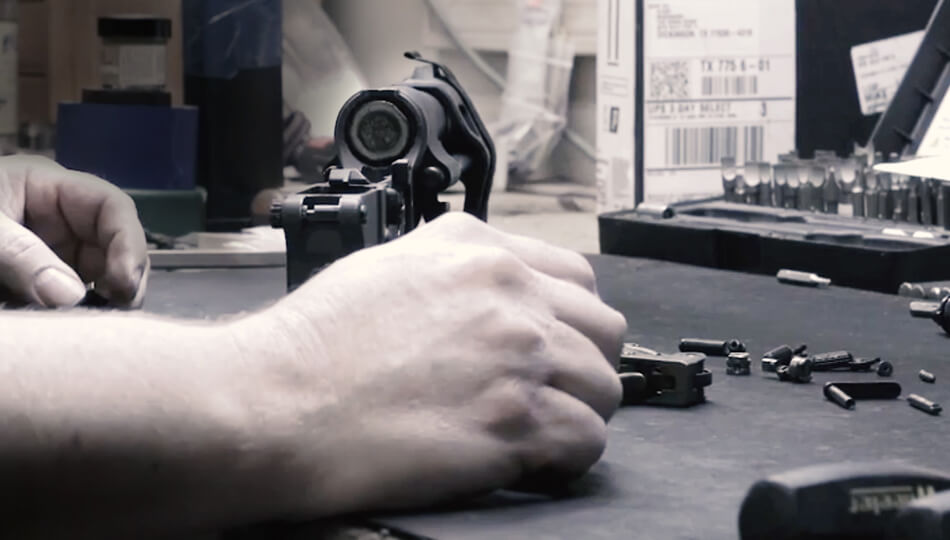 In December 2021, a Nevada state court judge invalidated portions of the new Nevada “ghost gun” law. The statute, which had an effective date of January 1, 2022, addresses unserialized firearms. While the court ruling suspends certain parts of the law, the ultimate fate of the law is yet to be decided. The law is surrounded by a sharply divided public opinion with gun owners, gun rights advocates, manufacturers, law enforcement, and gun control advocacy groups holding strong opinions.

Generally, the term “ghost gun” refers to unregistered firearms without serial numbers. One of the primary concerns is that ghost guns can be untraceable and generally do not involve background checks, especially considering that some ghost guns are made at home. Ghost guns typically are handmade from kits or parts, which can be purchased online. They can also be made from plastic with a 3D printer, which may make them undetectable by traditional security scanning systems.

Ghost guns may circumvent federal and state laws regulating gun possession or manufacturing as they’re made from parts or components that can easily be purchased without a background check. For a long time, these privately made firearms (a term used by the Bureau of Alcohol, Tobacco, Firearms and Explosives) were primarily within the sphere of hobbyists. In recent years, ghost guns have allegedly become common in criminal activity, including organized crime. In addition, the untraceable nature of privately made firearms may pose challenges to law enforcement in crime-solving investigations.

The Nevada “ghost gun” law addresses some of the alleged issues associated with ghost guns by prohibiting certain actions relating to unfinished frames or receivers under certain circumstances and prohibiting a person from engaging in certain acts relating to firearms that are not imprinted with a serial number. Generally, a first offense or violation of the law may constitute a gross misdemeanor. Second and subsequent offenses may constitute a category D felony.

Enjoying this content? Find out how you can get more sent straight to your inbox!

Unconstitutionality of the Law

While a federal court judge declined to block the new law in July 2021, a state court judge in the Lyon County District Court declared that portions of the law are unconstitutionally vague in December 2021.

In the Court’s written opinion, the Court held that certain provisions of the law, Section 3 and 3.5, are unconstitutionally vague as the law “fail[s] to provide a person of ordinary intelligence [with] fair notice of [the conduct that] is prohibited” and is “so standardless that it authorizes [and] encourages seriously [arbitrary and] discriminatory enforcement.”

In other words, in the written opinion, the Court took issue with Section 3 and Section 3.5 of the law. The Court examined the law’s definition of “unfinished frame or receiver” in great detail, noting that “[t]he definition does not tell anyone when during the manufacturing process a blank, casting, or machined body… has gone through the ‘major machining operations’… to turn that blank, casting, or machined body into a frame or lower receiver of a firearm….” In short, the Court explained that “a person of ordinary intelligence could not proscribe their conduct to comply with the law.” Ultimately, the Court found the definition to be unconstitutionally vague.

In addition to the two sections being unconstitutionally vague, the Court determined that the law is “so standardless that it authorizes and encourages seriously arbitrary and discriminatory enforcement.” Based on the Court’s conclusions, the final order may have permanently enjoined the State of Nevada and its officials from enforcing Sections 3 and 3.5 of the law. But the future of the law is still to be decided.

Future of “Ghost Guns” in Nevada

Assuming there will be further proceedings relating to Polymer80 (and in light of the possibility that there may be other challenges to the law), the future of the Nevada Ghost Gun law remains uncertain. For now, most of the law is unenforceable. But certain provisions and restrictions on unserialized firearms remain and may be enforced.

While there’s been some effort in Congress to enact a federal law that closes the “loophole” that enables ghost guns to avoid registration and background checks, those efforts appear to have stalled. What hasn’t stalled are the strong feelings and opinions on both sides of the issue, which means that ghost guns, and laws relating to them, will likely continue to be a high-profile public and legislative concern.