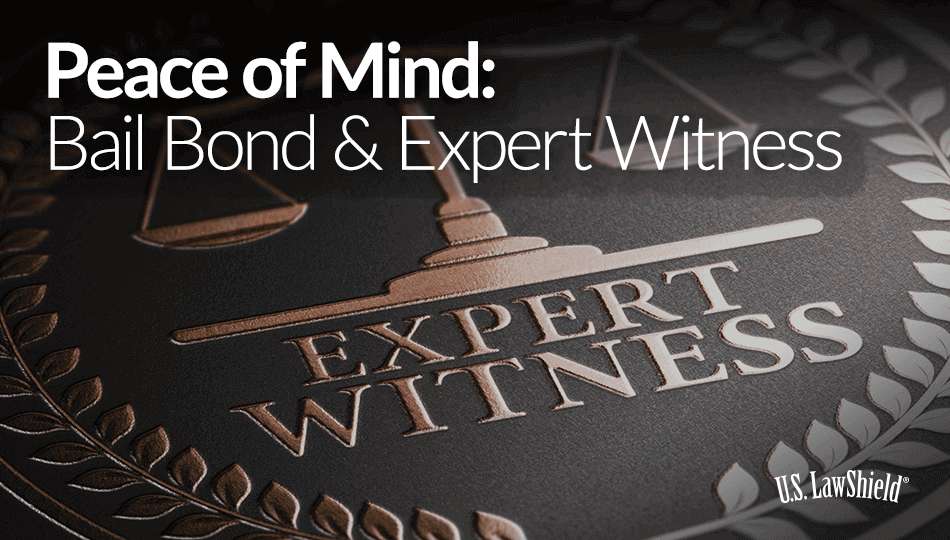 The aftermath of a self-defense incident can be incredibly stressful. You may know based on what was going on at the time of the incident that the only way you could save your own life was to use force, but sometimes police or prosecutors may see things differently. It’s even possible that the details of the incident are just too ambiguous. Either way, good lawful people who need to use force to defend themselves, can end up arrested and even prosecuted, just for saving their own life or the life of someone they love.

That’s why people interested in personal protection need both a plan to get out of jail if they are arrested in the immediate aftermath of a self-defense incident, as well as a plan to stay out of jail if the facts of the incident are called into question and their case goes to trial. U.S. LawShield® members who select the Bail Bond & Expert Witness coverage add-on have armed themselves with a powerful two-part tool to help secure their freedom, before and during trial. Bail Bond & Expert Witness coverage provides security for U.S. LawShield members by addressing two very important issues; how to get out of jail after an incident has occurred and how to explain to a jury why you needed to use force to protect yourself.

The Bail Bond component of the Bail Bond & Expert Witness coverage add-on provides members with bond-fee protection for bail set up to $50,000. As part of every member’s basic coverage, U.S. LawShield Independent Program Attorneys will work diligently to protect every single U.S. LawShield member against excessive bail imposed by the court. This dedication to ensuring the rights of members as guaranteed under the Eighth Amendment, as well as bond- fee protection, gives members the peace of mind that comes from knowing that they have a plan in place to help them avoid pre-trial detention.

The Expert Witness component of the Bail Bond & Expert Witness coverage add-on is another tool that U.S. LawShield offers that works to protect the freedom of all the members who select it. No two self-defense incidents are the same, and certain actions taken by someone inside a self-defense incident may need to be explained to the jury by an expert. An expert can be crucial in preserving the freedom of someone who’s been accused of a crime. If the Independent Program Attorney handling the case deems necessary, members with the Bail Bond & Expert Witness add-on will receive an expert in the area of reasonableness and justification of the use of force or deadly force under the law at no additional cost to them. During trial, this expert on reasonableness and justification, will explain why someone posed a deadly threat to the defender, thus justifying use-of-force. Such expert witness testimony may take the form of someone who explains the reasonableness of the number of shots the defendant fires, why some medical condition could put the person who defended themselves at risk of death or great bodily harm when they otherwise wouldn’t have been, or any number of things that might need to be explained to the jury.

This provides members who have selected this optional coverage the peace of mind that comes from knowing that if their Independent Program Attorney tells them they need an expert witness to explain reasonableness or justification of force or deadly force under the law at trial, it’ll be covered. This expert testimony can sometimes be the difference between an acquittal or a lengthy prison sentence. U.S. LawShield believes that no one’s freedom should hinge on whether they can afford competent legal defense, which is why every member is offered customizable coverage to suit their needs and budget.