Home / Blog / Pepper Spray and Dogs: Does a Spray Work as a Defense Against Canine Threats?

Pepper Spray and Dogs: Does a Spray Work as a Defense Against Canine Threats? 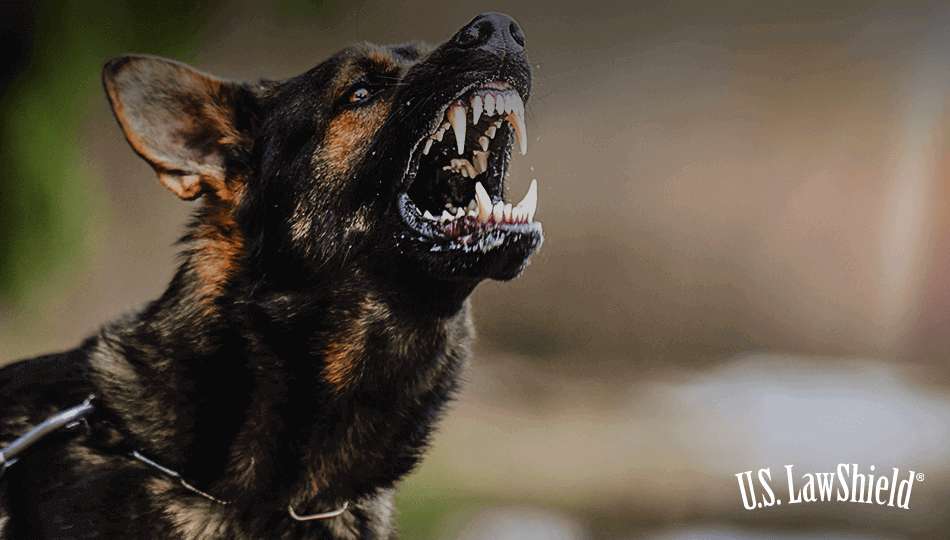 There are a multitude of defensive scenarios that involve attacks not from humans, but from animals. Perhaps the most common among those are attacks carried out by aggressive dogs. Have you ever wondered how you could defend yourself against a canine attack? Pepper spray is often mentioned as a viable option, but does it really work? Read more about pepper spray and dogs.

You might be wondering how common an attack from an aggressive dog is in the United States. The statistics surrounding dog attacks are varied and not kept as current as many other studies, but there are a few things we do know about dog attacks.

According to a report titled Prevention and Treatment of Dog Bites, written by R. John Presutti, D.O., around 4 million Americans are bitten by dogs every year. Of those millions of dog bites, between one dozen and four dozen are reported as fatal by various sources. That might seem like a good survival rate—and it is—but stop and consider the scarring, nerve damage, and other issues associated with dog bites. Physically surviving doesn’t mean there aren’t any ill effects. 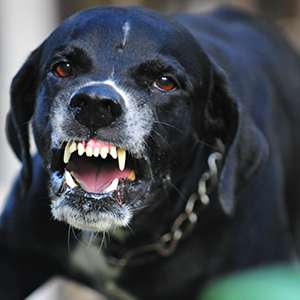 Most studies also state the majority of dog bites are from dogs that aren’t kept as family pets but are instead kept as “residents.” This means the dog in question lives on the property or on a chain but isn’t well socialized. You’re more likely to be bitten by a loose, random dog than by one that’s a pet kept in a residence.

Can I Protect My Pet with Pepper Spray? 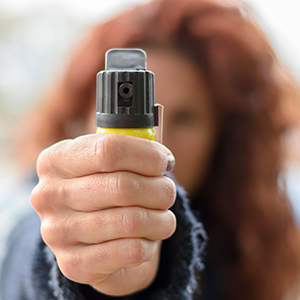 People aren’t the only ones attacked by vicious dogs; pets are frequently the target of random attacks. Although pepper spray is often suggested as a defensive tool against canine attacks, the laws do vary by state regarding its use. Laws and restrictions affect things like size of the pepper spray canister and under what circumstances it can be used. Generally speaking, dog pepper spray is legal to use in defense against an immediate threat, but it’s always wise to be sure. Check your pepper spray laws before using it to spray another dog in defense of your own.

From a practical standpoint, pepper spray is far from ideal for defending your pet. Aside from the risk of the spraybeing totally ineffective in halting the aggressive dog’s attack, you run a high risk of spraying your own dog and making it hard for them to fight back or get away.

What Is Dog Pepper Spray?

There are a lot of pepper spray products on the market specifically advertised as “dog pepper spray.” Many of the pepper sprays sold to people as defensive measures against dog attacks are weaker versions of the commonly available pepper spray solutions made for self-defense from violent humans.

K9 of Mine, a website dedicated to dog care, notes that:

Pepper spray is extremely spicy—it’s about 2 million to 5 million on the Scoville Scale of spiciness (for comparison, a habanero pepper scores just 150 thousand). It burns eyes and mucous membranes like the nose and mouth. The effects generally last about 30 to 45 minutes and, while extremely painful, pepper spray is harmless in the long term.

But is it a good idea to use on dogs? Kayla Fratt, website author, doesn’t think so, and went on to explain:

I’ve sprayed dogs with pepper spray when being chased by street dogs in Mexico. The effect on the dogs was instantaneous and intense. The dogs were clearly miserable, and though they backed off, they actually seemed more upset than before. Reflecting back, I worry that they’ll now be more aggressive towards other joggers. As for myself, I got a bit of blow-back on myself, causing me to cough for the rest of the run. Residue from the canister also got onto my hands and clothes, making my whole body burn until well after my jog had ended. Additionally, the pepper spray only sprayed about 5 feet, meaning I couldn’t keep the dog at a distance that felt comfortable.

If you’re going to carry pepper spray and, focused on the idea it’s for angry dogs, you decide to buy some dog-specific spray, stop and reassess the situation. You can’t predict whether you’ll face an attack from a large dog or a violent human. Why would you potentially damage your ability to protect yourself from a human assault by carrying a weaker pepper spray? Just as with defending yourself with pepper spray from a human attack, you have no way to know in advance if being pepper sprayed will even slow down an advancing dog.

Is Pepper Spray Legal for Self-Defense Against Animal Attacks?

Generally speaking, pepper spray is legal for defense against animal attacks. It’s legal for use in all 50 states, but there are restrictions that vary by location. Before using pepper spray for self-defense from a dog, check your local laws about defensive sprays. Also take the time to educate yourself about its usefulness.

Where Can I Shop for Dog Pepper Spray? 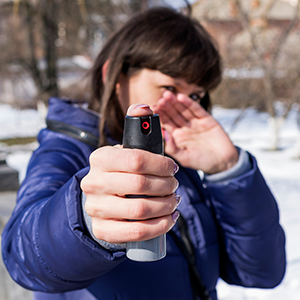 You can find pepper spray online or in brick-and-mortar stores. And if you have pets of your own, the store where you pick up pet supplies will probably have something in stock. It can be nice to shop from the comfort of home, but it’s also good to read online reviews to help you decide which spray is best for your needs. However, you should learn other ways to handle aggressive or potentially aggressive animals rather than simply relying on spicy spray in a can.

What Brand of Spray Is Best?

There is no perfect brand for every use and need. When selecting a brand of pepper spray, take the time to do some research. Familiarize yourself with the fact that all sprays aren’t created equally and that it pays to practice so you know how best to utilize the spray.

Pepper spray is a good weapon against dogs, but it doesn’t always work against the most aggressive ones. Even if a dog gets a good dose of pepper spray in its eyes, it could take a few seconds for the chemical agent to take effect, and there is a lot of damage a vicious dog can do to you in three to five seconds.

And just as with a human attacker, you have no way of knowing how violent or motivated they are. Is the dogcoming at you too aggressive to care about burning skin? Will the pepper spray be strong enough to do its promised job quickly enough? You won’t know. All you’ll know is that the attack is underway and you’re fighting to survive.

How Else Can I Defend Myself? 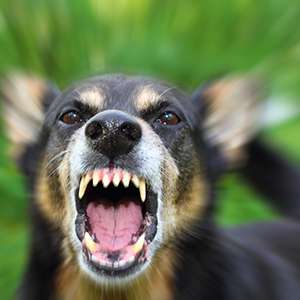 You might see pepper spraying an animal as cruel or hope there are more reliable defensive measures that can be used to fight back against a dog attack. Good news! There are many other effective ways to protect yourself, such as:

Dog trainer Cesar Milan gives the following advice on other ways to handle an attacking dog if it’s too late to leave the area:

If you have enough time, the first line of defense is to let the dog attack something on you that isn’t you—for example, if you’re wearing a sweater, get your arm out of a sleeve and get that sleeve in the dog’s face. If the dog takes the bait, let it pull the sweater off, then slowly back out of the area. To the dog, it has just gotten hold of a piece of you, and this may distract it long enough for you to get to safety.

It’s probably good practice to always have something on you that you can use in this manner, whether it’s a sweatshirt tied loosely around your waist, a stick, or even a stuffed dog toy. If you can pull it off quickly enough, you can also use one of your shoes for this maneuver.

In all cases, remember to protect your face, chest, and throat. Also keep your hands in fists to protect your fingers. If you must be bitten, the safest place for it to happen is the shin or forearm; a dog bite to the thigh can cause fatal bleeding.

If you are bitten, resist the natural urge to try to pull away. This will just make the injury worse through tearing your flesh. Oddly enough, if the attack escalates to this point, then you actually want the dogto latch on. Why? The dog only has one mouth, but you have two hands. If you can manage it at this point, grab its back legs and lift them off the ground.

Methods you can use to protect your pet:

Using pepper spray for defense against a dog attack could not only fail to work but also make the situation worse. Investigate and research other methods before putting all your trust in pepper spray. And remember, avoidance is a legitimate, effective measure—whether dealing with animal or with human attacks.