Home / Blog / Pepper Spray vs. Mace What’s the Difference? Does It Even Matter?

Pepper Spray vs. Mace What’s the Difference? Does It Even Matter? 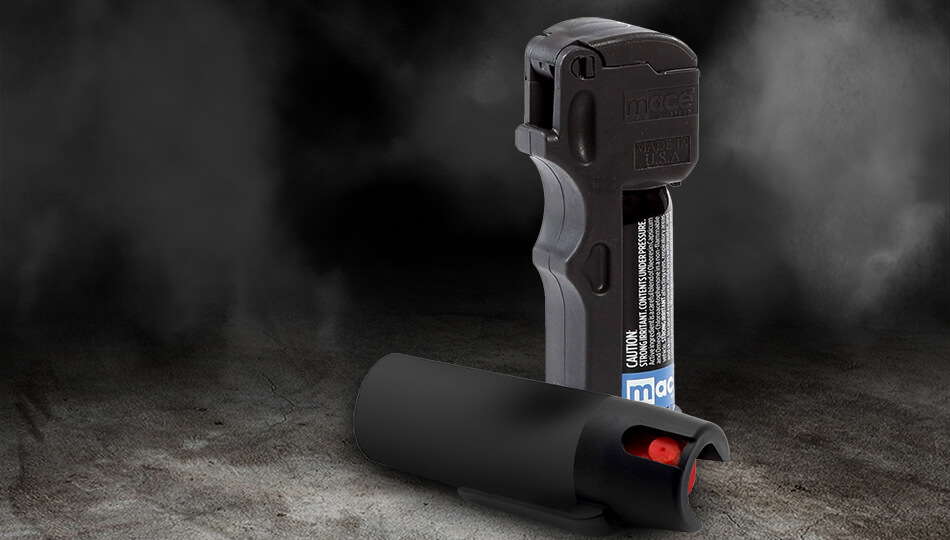 Mace is the brand name for a defensive spray that’s often associated with law enforcement and assumed to be more effective than products simply referred to as “pepper spray.” It was invented in the 1960s by Alan Litman after a friend of his wife’s, who was a teacher, was robbed. This was a departure from Litman’s early years as an inventor submitting patents for items such as the “waterless egg cooker” and “bacon cooker.” At first, Litman’s focus was on creating a device to spray would-be assailants with an irritant, then he moved on to coming up with an entirely new formulation. There were early versions of pepper spray available in the early 1960s, but they were prone to misfires and delayed reaction time that rendered them frequently useless.

Chloroacetophenone (CN), the active ingredient of Mace™, is a riot control or tear agent used by the military (military designation CN) and law enforcement. It is also available to the general public. The United States considers agent CN and its mixtures with various chemicals to be obsolete for military deployment. Chloroacetophenone (CN) has a sharp, irritating odor (sometimes described as “apple blossoms” odor). It may be dissolved in a solvent.

This particular chemical was discovered to be effective for use as tear gas during the Vietnam War. It had actually been investigated for use during World War I, but not implemented. Litman’s original chemical concoction was made from 1% chloroacetophenone gas in a solvent of 2-butanol, propylene glycol, cyclohexene, and dipropylene glycol methyl ether. The latter four ingredients were needed as solvents and binding agents to allow for containerization and dispersal of the active chemical ingredient.

Litman first named his defensive spray TGASI (Tear Gas Aerosol Spray Instrument). It didn’t take him long to change its name to Chemical Mace. Litman chose the name Mace to associate his defensive spray to the medieval weapon of the same name. After all, being maced has a painful impact, so it makes some sense to name the brandafter a spiked weapon that was used to bludgeon people centuries ago. When you look at it that way, Mace was a logical title. 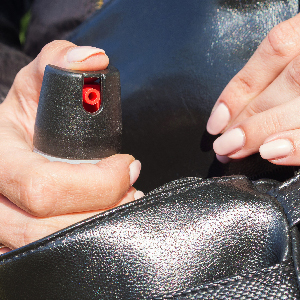 Mace brand defensive spray is thought of as a non-lethal defensive weapon or as a secondary defensive weapon. It can also be viewed as a de-escalation tool because it has the potential power to halt an attack that might otherwise escalate to require lethal force to stop it. In the 1960s, this made Mace new and somewhat revolutionary.

It didn’t take long for Mace to evolve and for the company to change, but it was less because Litman wanted to change and more that the times called for it. In fact, in the end, the change was forced. Litman had been trying unsuccessfully to patent it and couldn’t, largely because chloroacetophenone was the active ingredient, which was well known in multiple industries. Additionally, CN is known to have dangerous side effects. Toxicity issues with the chemical include: permanent damage to the eyes, syncope, asphyxia, and various allergic reactions. Today, the formula of Mace has changed, largely due to the potentially dangerous side effects associated with chloroacetophenone. Mace brand sprays are now made with oleoresin capsicum as the active ingredient.

See also: How To Use Pepper Spray (But Why You Probably Shouldn’t)

What is Pepper Spray?

Unlike Mace®, which is a brand name defensive spray, pepper spray is a generic term covering the various brands and styles of capsaicin-based sprays on the market. It’s used as a secondary defensive tool—the step you might choose to take before drawing your handgun—and comes under a lot of different brand names. A few popular brands of pepper spray are Sabre®, POM®, and Guard Dog.

Something that’s important to keep in mind when considering Mace vs. pepper spray is that all types of pepper spray aren’t created equally. They don’t have across-the-board equal efficacy and every canister doesn’t have the same effective range or reliability. Doing your homework to find out which pepper spray brands are trusted by experts and have the public testimonials to back them up is a good idea.

As you can see, pepper spray has a wide range of possibilities when it comes to capsaicinoids percentages. That’s one reason it’s vital to research the brand before buying.

What are the Pepper Spray Laws?

Pepper spray is legal in the United States, but different rules and regulations apply depending on where you live. Check your local pepper spray laws.

Can Pepper Spray Be Used for Self-Defense?

Although many people do use pepper spray for self-defense, it isn’t an ideal tool (this includes Mace, which is just a brand name for a spray). Aside from the fact that different brands have varying levels of effective ingredients, there’s no way to know how well it will work in a given situation. Potential downfalls of pepper spray use for defensive purposes include: 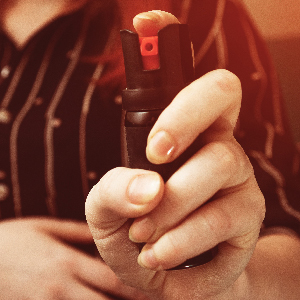 Pepper spray is frequently touted as a fantastic primary defensive tool and tends to be marketed toward women. In reality, there are better defensive options, including firearms. The broader self-defense market has a tendency to focus on women, especially younger women, to push products that are either extremely likely to fail entirely or backfire in some way. Pepper spray is chief among them. In reality, the ability to handle firearms well isn’t gender dependent, it’s about fit of the gun to the hand and adequate training.

What is Pepper Gel Spray?

Pepper gel spray, which is usually referred to as pepper gel, is exactly what it sounds like: a gel form of pepper spray. Its spraying effectiveness and failure rate depends on many factors, including those listed above for pepper spray, and also:

What is OC Spray?

OC spray is what many members of various police forces primarily use as defensive spray. The “OC” stands for oleoresin capsicum and is the main ingredient. It has a different formulation than many pepper spray products available on the commercial market. Although pepper spray does typically have oleoresin capsicum in it, non-OC pepper spray may have higher percentages of other capsaicinoids, too.

Should I Carry Pepper Spray?

Much like carrying a firearm for personal defense, carrying pepper spray for defensive use is a personal choice. It’s your responsibility to check the laws regarding pepper spray use in your area and it’s also wise to consider pepper spray classes. If you’re going to use it, whether as a primary or secondary method, you need to know how. You might think this is a product you can buy and forget about, but it isn’t.

Keep in mind that although pepper spray can technically be useful, it can also fail entirely or make a situation worse, escalating it rather than halting it. The point of self-defense methods is to stop an imminent threat, and with defensive sprays you’re taking a gamble. It’s up to you whether you want to take that risk!