Home / Blog / Self-Defense Myths That Could Ruin Your Life

Self-Defense Myths That Could Ruin Your Life 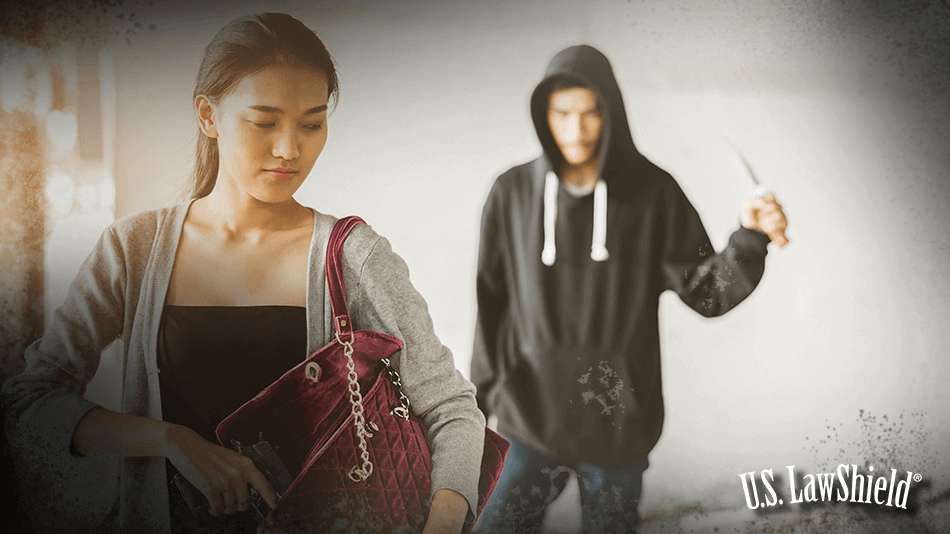 Misinformation is the ultimate villain of personal preparedness. Unfortunately, there are several self-defense myths and misconceptions often taken as fact that could ruin your freedom, finances, and future if you fall for them. Let’s uncover the truth behind some of these common self-defense myths so you can be prepared for any life-threatening situation.

First, you should understand what self-defense is. The law defines self-defense as the use of physical force to protect yourself or others from a threat. It’s important to remember that while self-defense is a basic human right, there are still laws surrounding it.

If you want a detailed breakdown on the art of self-defense, including topics like:

Otherwise, keep reading to see why these popular self-defense myths could end up ruining your life.

Can A Man Hit A Woman in Self-Defense?

Yes. Self-defense is a right granted to everyone, regardless of gender. Although, there are certain factors taken into consideration in every self-defense claim that can affect the outcome. Mainly, the disparity of force present and if they could have avoided the situation. So, the self-defense myth that a man can never hit a woman does have some truth behind it… but if a man’s life is truly being threatened by a woman and no other safe options are present, he can act in self-defense!

You can hear more on this from our Independent Program Attorneys: The Truth About Self-Defense

The self-defense myth that you should always run away from an attacker is a dangerous one. While there are times when running away is the better option, it can have fatal consequences if you aren’t 100% aware of the circumstances. In fact, there are stories about people who were shot in the back by their attacker as they tried to run away. Typically, criminals attack strangers to rob them. But no material possession is ever worth your life. You should always be aware of the situation and always be prepared for the worst, of course.

There are two sides to this self-defense myth. Whether you agree with the claim or believe the opposite, neither are entirely true. There is no guarantee that your self-defense will be successful simply because you’re a skilled martial artist. Despite what many people think, self-defense is more than just a learned set of moves. But on the other hand, martial arts can be an excellent form of physical and mental training. And being in good shape doesn’t hurt your ability to defend yourself. Plus, knowing how to strike your attacker in some way is better than not knowing at all.

Many people assume their homeowner’s insurance will cover them if they hurt or injure someone on their property in self-defense. While personal liability coverage generally covers accidental injuries to someone else, companies usually include an “intentional injury provision” that basically excludes acts of self-defense. Plus, they typically won’t cover criminal charges or investigations—which is likely to happen if you shoot someone to save your life.

You might find a “reasonable force” exception, but it’s usually vague and typically covers only civil liability and only after everything is decided in court. Meaning, all upfront legal costs are left up to you. This is a huge reason we recommend getting Legal Defense for Self Defense® insurance!*

Castle Doctrine vs. Stand Your Ground

A huge self-defense myth among gun owners is that the Castle Doctrine is the same thing as a “stand your ground” law. Though the concepts are sometimes intertwined, they’re two different things in law. Another myth about these two concepts is that they’re essentially a “get out of jail free” card in states that have them. But that’s entirely false! A jury could still find your actions unreasonable and that these protections don’t apply to you.

Learn more about “stand your ground” laws: What Is Duty to Retreat

Asking for a Lawyer Makes You Look Guilty

This self-defense myth is pretty silly. You have the right to an attorney. And if you’re NOT guilty, they’ll help you prove it. If you’ve been the victim of a crime, the last thing you need is to get confused during interrogations and have someone misinterpret or twist your words. Your attorney will help you understand the situation and make sure you’re not pressured into giving unnecessary information. Asking to speak with your lawyer first doesn’t make you look guilty; it makes you look smart. You know who doesn’t look too smart? The person who thought committing a crime was a good idea.

(Having an experienced attorney on speed-dial is another major benefit of having Legal Defense for Self Defense insurance!)

Shoot Them in the Leg

Another popular self-defense myth is that shooting a trespasser in the knee is a good “warning” because you won’t kill them. Remember, deadly force is usually defined as anything that can result in death or serious bodily injury. Shooting someone—even in the leg—can cause serious bodily injury! Plus, a jury might not believe that you were only trying to wound them. They might think you shot to kill but missed. So, now you have to deal with the consequences of using deadly force and people thinking you lack responsible firearm skills.

Shot Them Outside? Drag Them Inside…

This is also terrible advice. If you shot someone in self-defense outside, dragging them inside will not result in a better outcome for you. It’s illegal to mess with, move, and/or destroy (or even attempt to destroy) evidence of any kind. The best thing to do is 1) talk to your lawyer, and 2) leave the scene exactly as it is.

Displaying Weapons Save the Day

It’s a common belief that simply letting an attacker know you have a gun may be enough to prevent a life-threatening situation. Sometimes, this is true. But displaying your gun under the wrong conditions can lead to severe criminal charges, or worse. A good rule of thumb is to not draw your weapon unless you absolutely need to use it. Not being prepared to actually use your weapon could cost you your life if a criminal calls your bluff.

Learn more about the consequences of brandishing: Everything You Need to Know About Brandishing

This self-defense myth is a bad idea. For one thing, warning shots are often considered a use of deadly force. Also, in most “warning shot” situations, the threat level hadn’t yet reached the need for deadly force. Not to mention, many areas prohibit firing a gun in city limits, so discharging a firearm as a warning shot could make you a criminal.

For more on warning shot laws, check out our state-specific guides.

Hopefully, knowing the truth about these common self-defense myths and misconceptions will help you stay safe, responsible, and prepared for the worst. But if you’re a U.S. LawShieldâ member and ever find yourself in a situation where you aren’t sure what to do—remember you have AttorneyResponse 365®! You have direct access to an Independent Program Attorney who can help clear up any confusions and answer all your self-defense questions.

What Are the Top 3 Self-Defense Myths?

The top 3 self-defense myths are: 1) Warning shots are a good idea, 2) The Castle Doctrine and stand your ground laws are the same thing, and 3) Displaying a weapon is enough to stop a dangerous threat.

Can Weapons or Displays of Force Scare Bad Guys Away?

Sometimes displaying a weapon can be enough to stop a threat, but not always. Sometimes it can make things worse. This is why you should always be prepared to use your weapon and only draw it when absolutely necessary.

Is Martial Arts the Best Form of Self-Defense?

Probably not. While it helps you stay in shape and can give you an idea of different attacks, martial arts focuses more on form and technique. This makes it much less effective in real-time for self-defense purposes.

*Not available in all states. U.S. LawShield® and its affiliates offer prepaid legal service products. In some states, these products are offered by prepaid legal companies regulated under state law. In others, the applicable entity offers an insurance product. Visit www.uslawshield.com for the details on the products offered in your state.