Home / Blog / Shall-Issue vs. May-Issue: Is Concealed Carry a Right or a Privilege?

Shall-Issue vs. May-Issue: Is Concealed Carry a Right or a Privilege? 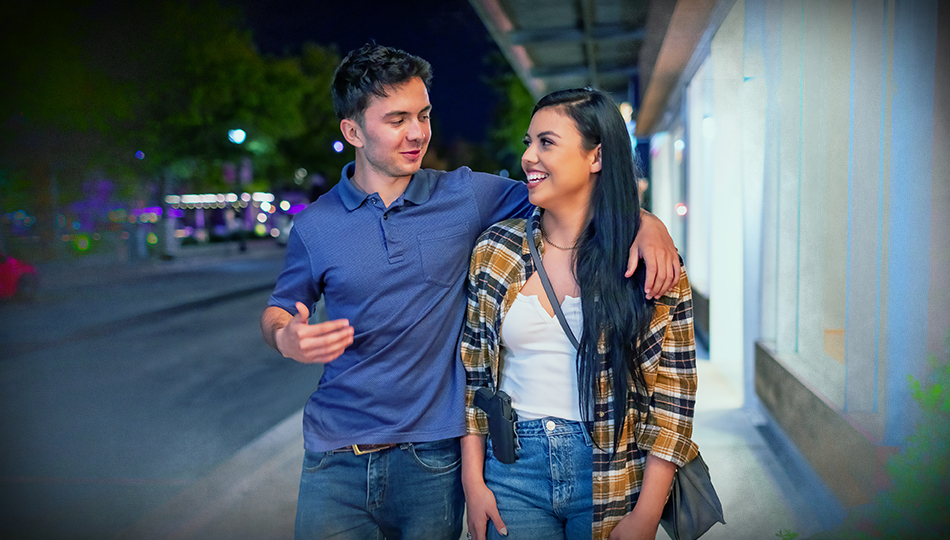 With a rising number of states passing constitutional carry laws (a general term for state-level laws that allow the carrying of a handgun without a permit), questions are coming up a lot lately about the permitting or licensing systems that are often supplemented by constitutional carry legislation. When seeking a license or permit to carry, you’re likely to encounter either “shall-issue” or “may-issue” scenarios.

On paper, shall-issue vs. may-issue might seem like a small grammatical difference, but in reality, it can result in very different outcomes for gun owners who want to legally carry a handgun, openly or concealed. Often, it can even mean the difference between getting a license or permit to carry a handgun, and not.

Shall-Issue vs. May-Issue: What’s the Difference?

May-issue, which is also sometimes called a “Discretionary Permit System,” gives the granting authority the power to determine who among certain applicants deserves to receive a carry license or permit, assuming the applicant passes a background check and meets all other requirements. Shall-issue, known also as “Presumptive Right to Carry,” dictates that every applicant who meets the legal requirements be issued a license or permit to carry, regardless of what a government agent may think about whether or not the person is “deserving” of a license or permit.

May-issue often requires an applicant to provide things like a specific reason they need to receive a license or permit to carry (sometimes beyond simply wishing to protect themselves) and proof of good moral character.

Shall-Issue vs. May-Issue: How Did We Get Here?

Throughout most of our history, Americans seem to have considered concealed carry to be something done only by criminals. Of course, during that same timespan, openly carrying weapons was a commonplace behavior for many Americans. If a particular state offered concealed carry permits at all, it was often under a restrictive may-issue system.

For more detail on why may-issue was so common, let’s take a closer look at recent history. Before the late 19th century, most of the country lived outside cities, and it was much more commonplace to see people walking around publicly with firearms. Handguns and long guns were used as everyday tools in the vast areas where wild predators roamed and reliable law enforcement coverage was sparse.

Permits to carry were largely unnecessary during a time when firearms were universally accepted as tools, gun laws were few and far between, and background checks did not exist. Concealed carry was still considered a sign of criminal intent or the domain of law enforcement, and when concealed carry permits became more popular in the mid- to late-20th century, they were often under may-issue schemes and required law enforcement approval.

By the 1990s, many more people lived in cities and violent crime had reached an all-time high. Those who were concerned about their safety began to clamor for a permit or license to carry a concealed handgun, as permitless, openly carried guns had become more stigmatized (and in some places, illegal). Obtaining a license or permit to carry a handgun became a way for people to discreetly protect themselves against violent criminals.

Issuing a concealed carry license or permit to anyone who could meet the legal standards began to make more sense than limiting them to whomever the issuing agency thought might need one. And the shift to shall-issue schemes in other areas of the country stands in contrast to the scandals involving law enforcement in may-issue jurisdictions such as California and New York, including accusations of bribery and limiting permits to the wealthy or influential.

Shall-Issue vs. May-Issue: Where Are We Today?

More and more states have adopted a form of “constitutional carry,” or permitless concealed carry, and many states have shall-issue schemes, but there are still a number of holdouts with may-issue policies. Fortunately, the tide has been shifting rapidly in the 21st century against may-issue laws, as more Americans awaken to the benefits of armed self-defense.

Currently, may-issue schemes are primarily found in solidly Democratic states, which often have strict gun control laws on the books and harbor resistance to changing such laws. The reliable cry of “blood in the streets!” meets any attempt to lighten the legal load on the average law-abiding gun owner, and where it remains, it will be a difficult road ahead for individuals advocating for legislation that would move may-issue states toward shall-issue permitting schemes or constitutional carry.

What Is the Future of Carry Laws?

There is no crystal ball available to determine what gun legislation will look like in 10 years. However, if the last two decades are any indication, constitutional carry may eventually coincide with both shall-issue and may-issue permitting schemes in most states. This becomes an even more likely eventuality as New York State Rifle & Pistol Association, Inc. (NYSRPA) v. Bruen moves through the Supreme Court, with many signs pointing to a decision in 2022 that may invalidate may-issue schemes and force those states using such licensing or permitting systems to abandon them for shall-issue systems.