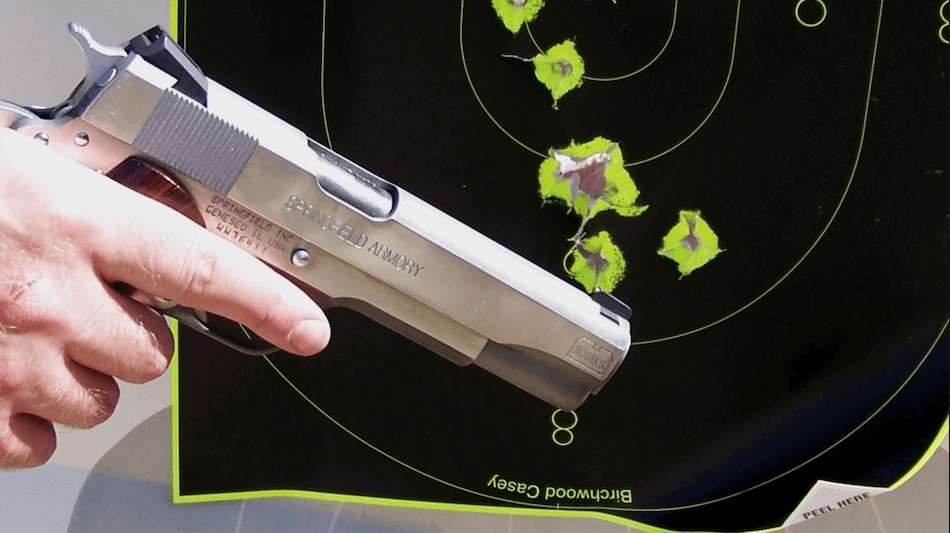 Among the most misunderstood tactics in personal defense is the double tap. More than half of those practicing defense shooting execute the double tap incorrectly. Worse yet, it is most often taught incorrectly.

Those without training will be hapless in many defensive situations. Experience must be paired with training. That being said, most of your practice will be solo no matter how well trained you are. A three-day training course is a great start—providing the instructor is capable. Remember, personal defense skills are perishable and you must keep the practice up.

What is the Double Tap Drill?

First, realize that the double tap isn’t a flurry of shots. Two shots are delivered as quickly as you are able to acquire the sights after recoil and fire again. This means that each shot is a deliberate shot that is controlled. A controlled pair, as an example, is a bit slower than the double tap and delivered at longer range—7 to 10 yards—and with greater care in precision.

The double tap is sometimes confused with the hammer. The hammer is delivered at absolute short, even contact, range. The handgun is drawn and thrust at the opponent, who may have a knife in your chest, and two shots are fired as quickly as possible. If attempted past intimate range, the second shot of the hammer might well miss the entire body.

By the same token, the controlled pair may be too slow for use at very close range. The carefully measured double tap is used at the most common personal defense ranges (three to seven yards). The shooter determines the speed of the double. How fast are you able to fire two shots, the second striking within four inches of the first? That is your limiting speed. A miss is inexcusable.

The double tap is versatile and should be practiced first—before the controlled pair or the hammer. The hammer can be dangerous to the shooter if they have not mastered recoil control. It should be considered a short-range tactic. I have seen shooters deliver a double tap on target with one bullet hole in the belt and another in the neck and deem it good. This isn’t good.

Neither was a controlled shot where each hit the target by chance. This isn’t acceptable morally or legally. The shooter began on the line with the hand on the pistol, shifted the pistol in the holster a few times, and then drew and fired the double tap on command of the whistle. I see this comedic pantomime often. They telegraph their intention to all concerned and then draw and render an 18-inch group on the target three to five yards away. Practice avoids such foolishness.

A fine drill to hone skills and build control is the Bill Drill, developed by famed shooter Bill Wilson. In this drill, the student draws and fires his handgun as quickly as possible at a man-sized target at seven yards. Six shots are fired as quickly as the student can control the handgun. Speed and accuracy will build with the proper application of fundamentals and this drill.

A few words on speed, calling the shot is the mark of a trained shooter. Anyone can shoot, but aiming each shot no matter how fast your fire is the development of a marksman. Of course, you can shoot faster than you can aim, but never shoot so fast you cannot aim each shot. If you fire so quickly during range work that you are not in control of each shot, you may fire too quickly for real during a defensive situation—in fact, I guarantee you will.

When firing the double tap, fire once and control the handgun as it recoils. Allow the trigger to reset. As the handgun comes back on target, the trigger resets and you are ready to fire again. Fire the second shot as soon as you have the sight picture.

Control the handgun and use deliberate, but very fast, shots when executing the double tap. Moving fast means mastering the trigger action. If you jerk the trigger, you will invite tension into the muscles. A smooth press is a relaxed press. The trigger jerk incites tremors. A smooth trigger press must always be achieved, or accuracy will suffer.

The prep, as we take up slack on the trigger for longer-range fire, cannot be used at short range or when executing the double tap. We must quickly press the trigger. The trigger press is quick but smooth. Allow reset and roll on with speed. The double tap must be practiced often to master. To master the double tap, draw and get the sights on target quickly. As soon as you have the proper sight picture and sight alignment, fire, recover, and fire again.

Practice hard, use the correct technique, and the double tap will be a viable tactic. — By Bob Campbell, contributor @ CheaperThanDirt.com's The Shooter’s Log. Used with permission.