Home / Blog / Where Did Our Freedoms Go!?
(Part 2) With a Governor’s Signature, You Blink And They’re Gone

Where Did Our Freedoms Go!?
(Part 2) With a Governor’s Signature, You Blink And They’re Gone 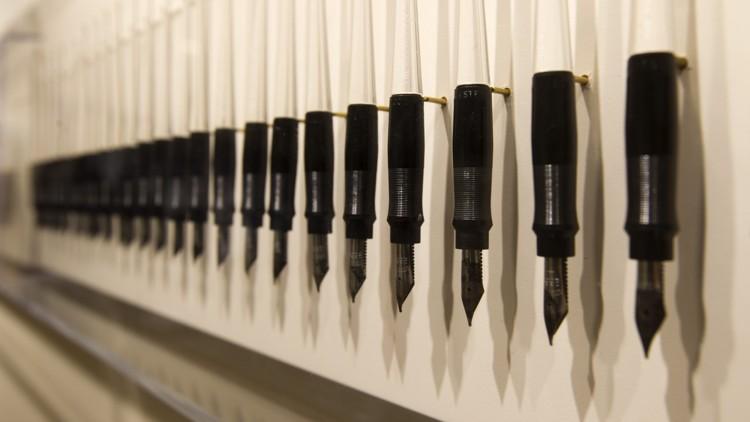 If someone drafted a dictionary for the year 2020, it would undoubtedly include brand new definitions for common words and phrases that we all thought we had a pretty good grasp on. During the COVID-19 period, we have all come to know phrases like “non-essential” and “essential” businesses. How about “social distancing” or those all too familiar “masks” of the PPE (Personal Protective Equipment) variety? We couldn’t forget “public gatherings,” which can be prohibited, limited in size, or restricted in new ways. Some very specific terms have been amplified this year, or shall we say turned sideways, like the measurement of 6 feet, now the prescribed “safe distance” between us.

Many of our freedoms seem to have disappeared right before our eyes. No explanation needed. No permission needed. No votes cast. How could this possibly happen without more involvement from the people of our country? It’s all linked to two words: executive orders.

The Power of the State

Executive orders in many states are quite powerful in their ability to affect and direct state policy and, in turn, affect the everyday life of the state’s residents. State executive orders may be enforced by all levels of state government. Similar to federal executive orders issued by the President of the United States, governors can also wield substantial unilateral power through their executive orders. State executive orders are common gubernatorial powers used to declare public emergencies (such as a COVID-19 public health emergency), the appointment of state officials, and creation of executive branch commissions or agencies to enact a governor’s policy, which can include “common sense” firearms initiatives.

Plus, the Weight of Law

Governor-issued executive orders may carry the weight and enforcement power of law, just like acts and statutes enacted by state legislatures. In 38 states, executive orders are enforceable the day they are executed and are not subject to any form of review by the state legislature. Then, there are 6 states (Alaska, Colorado, Hawaii, Illinois, Iowa, and Kentucky) that require an executive order to go through a legislative review process. The remaining 6 states (Maryland, Minnesota, Missouri, North Carolina, Utah, and Vermont) have legislative review requirements for specific types of executive orders—usually concerning agency creation. State executive orders are often issued without specified end dates and may persist for many years or even decades after their issuing governor has left office.

Proclaiming a State of Emergency for COVID-19

In March of 2020, the Governor of Iowa, Kim Reynolds, issued one of the first state executive orders in response to COVID-19. Other governors quickly followed suit and issued their own executive orders, using the guidelines set forth by the Centers for Disease Control and Prevention (“CDC”) and guidelines outlined by President Donald J. Trump’s Coronavirus Task Force. Eventually, all 50 states would declare a “State of Emergency” or “Declared Disaster” designed to control and slow the spread of COVID-19.

As of the writing of this article, most states still have some form of COVID-19 executive order in place that is continuing to affect everyday life, such as shopping, eating in a restaurant, going to a bar, working out at a gym, going to a movie theater, and attending places of worship.

Many state executive orders can be adopted by county and city governments who may make modifications based on their needs. For example, on May 29, 2020, Chicago’s Mayor issued Public Health Order No-2020-3, which interpreted and applied the Illinois Governor’s Stay-at-Home Executive Order. It ordered all Chicagoans to stay at home through at least June 3, 2020. It stated: “This is essential to help prevent the further spread of COVID-19 in our city, and to protect our friends, neighbors, and vulnerable Chicagoans.” The order included the following directives (as well as others):

Finally, the City of Chicago order went on to proclaim, “This order is mandatory – not suggested guidance. We are counting on your good judgment to decide when it is essential to go out. The City of Chicago and Chicago Police Department will enforce the order as needed to keep people safe, including dispersing large groups who are gathered in public places.”

Executive orders have been used to restrict gun rights in several states. Most notably, on September 10, 2019, the Governor of New Jersey issued Executive Order No. 83, which contained a number of broad provisions “to tackle gun violence” and gave sweeping power to executive agencies to control the sale of ammunition and firearms. Similarly, the Governor of Pennsylvania issued an executive order that same year to “eradicate gun violence” and created the Special Council on Gun Violence. Both states effectively changed the law, restricting the rights of their citizens to own guns without having to go through the ordinary legislative process.

Another example of governors using their executive power to limit the rights of gun owners occurred earlier this year, when the Virginia governor declared a “disaster” to ban guns from a pro-gun rally. The rights of Americans are being challenged frequently by the elected officials we trust to protect the Constitution. While the varying levels of the executive branch have tools at their disposal, citizens still have the ability to vote these officials out of office.

The good news, the authority of governors to encroach on gun rights during a state of emergency has been curtailed in numerous ways. In 2006, Congress passed the Disaster Recovery Personal Protection Act of 2006 which modified federal law to prohibit federal agents from confiscating firearms during an emergency or major disaster. Although this prohibition does not apply to states or state agencies, many states followed suit and enacted their own legislation against such encroachments. States such as Texas and Florida passed laws that prohibit the confiscation of firearms during a declared disaster or emergency. Not all state legislatures have followed suit and many states still allow local or executive authorities to restrict the sale or transportation of firearms or ammunition. In the end, as voters, we must realize how important it is to elect state legislators who will help in the curtailment effort.

Throughout 2020, we’ve all witnessed first-hand the power of the executive order during a disaster declaration or state of emergency. Governors have declared disasters over strange things. Further, we’ve seen governors seize a “moment of opportunity” to declare a disaster, issue an executive order, and then tie in their policy objectives regarding gun right restrictions, such as when the Virginia governor declared a “disaster” to ban guns from a pro-gun rally. Executive orders are a powerful tool that may look vastly different depending on the particular governor, and even local mayors, as they enact their desired policies. It’s our job as voters to research all candidates for elected office to understand their position on gun control. Your votes can and will affect American gun rights!

For more information about state executive orders, contact U.S. LawShield and ask to speak to your Independent Program Attorney.

We conclude this 2-part story with our cover photo and where we started, at the Federal Executive level.  This wall of presidential pens is featured at the LBJ Presidential Library in Austin, Texas. They were used to sign legislation in those “Great Society” years where the President submitted and Congress enacted more than 100 major proposals, such as the Voting Rights Act and the Civil Rights Act. LBJ also signed 325 executive orders or presidential proclamations.