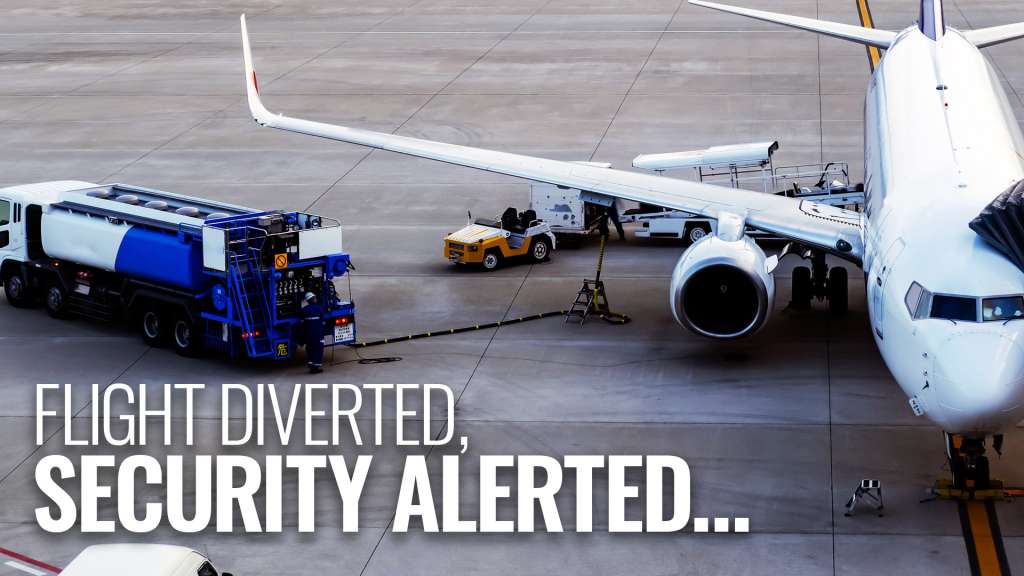 “Excuse me, is this your bag? Come with me; you’re under arrest!”

The nightmare began with an unsuspecting traveler who did their duty to secure their handgun before boarding the flight. Then, the unexpected happened. Their flight was diverted to a state where transporting a handgun in luggage is illegal, and taking possession of the bag containing the firearm is a criminal offense.

What could the traveler do to avoid becoming a victim of that state’s gun laws?

According to the Safe Passage provision in the Firearm Owners’ Protection Act, 18 U.S.C. § 926A, any person who is not otherwise prohibited from possessing a firearm is entitled to transport a firearm from any place where he or she may lawfully possess a firearm, to any other place where he or she may lawfully possess a firearm, if during such transportation, the firearm is unloaded and neither the firearm, nor any ammunition being transported, is readily accessible. This federal law works to protect law-abiding gun owners who choose to travel interstate while transporting their firearm—so long as the gun owner can lawfully possess the firearm in their state of origin and in their destination state, they have a legal defense in any firearms-hostile state they may pass through.

Additionally, the traveler must not cease “traveling.” Although there is no legal definition of traveling, the courts have provided some guidance. Generally, if a person stops somewhere for too long, they are no longer considered to be “traveling” and will lose the Safe Passage protection. Stopping for gas or for restroom breaks does not disqualify you from the “traveling” protection, but if you stay overnight or stop and visit people along the way, you would more than likely lose that protection. At that point, you become subject to the laws of the state you’re in.

So, you should be fine if you fly, right?

It is standard procedure that a passenger cannot board a plane with a firearm in their carry-on, but TSA has its own set of rules for transporting firearms in your checked baggage, which include:

Here’s where a law-abiding gun owner can get caught in a legal snare:

Suppose you are flying back home to Philadelphia after visiting your family in Georgia. You have a valid Pennsylvania License to Carry that is also recognized in Georgia, and you properly secured your firearm and ammunition according to TSA regulations, as well as having declared the firearm upon check-in. No problem so far. The flight departs, and you are headed home.

However, a flight complication forces the aircraft to land in the notoriously gun-unfriendly region of New York City. You do not have a license for your firearm there, nor does law enforcement in New York City recognize your Pennsylvania License to Carry. The airline is going to put you in a hotel overnight until the flight back to Philadelphia the following morning, so you go to baggage claim to retrieve your luggage.

Imagine one of two possible scenarios:

The next day, you head back to the airport for your flight and repeat the procedure of presenting your firearm to the ticket agent upon check-in. You are in possession of a firearm without the proper New York license. The gate agent calls the police and you are placed under arrest. To make matters worse, New York City considers a handgun loaded when the ammunition is in close proximity. The State of New York asserts you had a loaded gun—a violent felony with a maximum sentence of 15 years and a minimum sentence of 3.5 years.

But, what about the Safe Passage Provision?

The Safe Passage provisions of federal law do not offer you any protection from the state’s prosecution in this situation; your travel did not end in a state where it was legal for you to possess your firearm.

So, what should you do if your plane is diverted and you are asked to retrieve your luggage containing a firearm?

DO NOT take possession of your luggage!

Instead, insist the airline hold your luggage in a secure location, or forward it on to your final destination.

Traveling with a firearm can present some unique challenges for gun owners, but it is not impossible. It is the duty of a traveler to know the laws of the states they will be traveling to.

When in doubt, do not claim your baggage if your plane is diverted to a gun-hostile state or one that does not recognize your firearm license.

Individual airlines may have additional requirements, so it is best to check with them before heading to the airport. For more information about what to do if your plane has been diverted, contact U.S. LawShield and ask to speak to an Independent Program Attorney.