Home / Blog / Second Amendment in the Court: How New York Could Change Concealed Carry for the Country

Second Amendment in the Court: How New York Could Change Concealed Carry for the Country 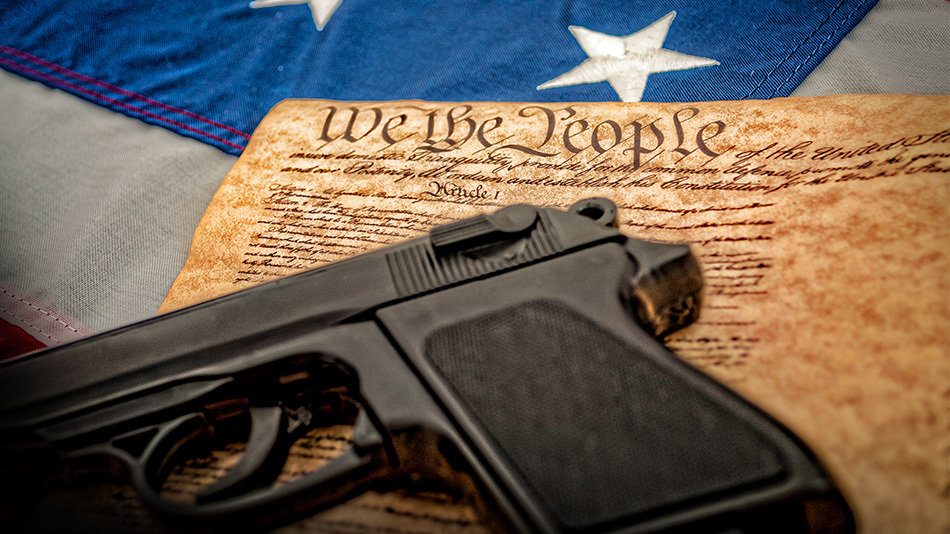 In November, the United States Supreme Court is poised to weigh in on Second Amendment implications for the first time in over a decade. The Court will hear oral arguments in New York State Rifle & Pistol Association, Inc. v. Bruen(formerly known as New York State Rifle & Pistol Association (NYSRPA) v. Corlett), which was granted certiorari (or granted review) to answer whether New York State’s denial of concealed carry licenses to carry a firearm outside the home for self-defense violates the Second Amendment.

The Second Amendment and the United States Supreme Court

There are a lot of unanswered questions surrounding the Second Amendment, and the nation’s highest court has only given so much guidance. Still, there are two foundational cases addressing our right to bear arms that you need to know.

In 2008, the United States Supreme Court heard District of Columbia v. Heller. In this case, a man named Dick Heller applied for a handgun registration certificate and was denied. At the time, the District of Columbia barred the registration of all handguns and prohibited the carrying of any unregistered firearm. Additionally, all lawfully owned firearms, even guns in the house, were separately required to be kept unloaded and disassembled or secured with a trigger lock. There were many circulating views against the Second Amendment, reflected in the Court’s dissents. One heated argument was the Second Amendment was a collective right that pertained to keeping a state-regulated militia or was tied to a general military purpose. Another smoldering argument was that a new level of judicial scrutiny be established to evaluate firearm restrictions—that of balancing the Second Amendment’s protections against governmental interests—which would thereby afford governments more latitude in banning or restricting firearms, even if the Second Amendment was determined to confer an individual right. These arguments were unpersuasive to the Court’s majority and the Court found the regulations unconstitutional. The Court explained that the Second Amendment protects an individual right of firearms ownership for the purpose of self-defense, apart from any militia or military purpose. Additionally, the Court explained that the “central component” of the Second Amendment was self-defense. However, the Court also took the chance to limit the scope of the Second Amendment; the right to bear arms is not absolute—therefore, “reasonable regulations” are possible under the ruling.

Following Heller was McDonald v. City of Chicago, another United States Supreme Court case. Unfortunately, Hellercame out of a D.C. regulation, rather than a state law, and the Court had to clarify, by a process called selective incorporation, that the states are subject to the Second Amendment through the Fourteenth Amendment. Meaning, the Court had to explain (and did) that the Second Amendment was fully applicable to the states, and states could not infringe on individual’s Second Amendment rights. The Court clarified that the Second Amendment prohibits states from enacting bans on handguns for self-protection in the home. But again, this striking statement is not absolute. Courts have routinely upheld restrictions on firearms, including bans. Certain types of firearms may be banned. Certain people may be barred. Convicted felons generally cannot have firearms. Same for the adjudicated mentally ill, certain minors, and those of unsound mind. Still, some states and cities have gone to extremes and enacted regulations surrounding rights from the Second Amendment that egregiously infringe on law-abiding people. These blistering attempts have ignited a new opportunity for the United States Supreme Court to answer the question: where can people be prohibited by the government from carrying firearms for self-defense?

Since McDonald, the Court has passed up several opportunities to make this distinction and expand on this doctrine, but that may change with NYSRPA v. Bruen.

People often associate the right to bear arms with self-defense. Still, in many states, people must obtain licenses to carry firearms outside the home. For example, New York is a “may-issue” licensing state, where concealed weapons licenses are issued at the discretion of the approving body. This differs from “shall-issue” states, where a weapon carry permit must be issued if the applicant meets all eligibility requirements or “constitutional carry” states, which means a person may legally carry a handgun in certain places outside the home without needing to first obtain a license.

New York State’s “may-issue” licensing scheme requires that people seeking to carry concealed, without regard to employment or place of possession, demonstrate “proper cause,” or a special need for self-protection distinguishable from the bulk of the people. The need must be non-speculative, which means the applicant must demonstrate a concrete need (beyond “general self-defense”) to have a handgun outside the home.

Are There Pro-Gun Supreme Court Justices?

Arguing the case before the Supreme Court is Paul Clement, a former Solicitor General from the George W. Bush administration. Since 2000, Mr. Clement has argued over 100 cases before the United States Supreme Court. He faces a Court that many think is poised to rule favorably on the Second Amendment. In the upcoming case of NYSRPA v. Bruen, the Supreme Court will likely soon decide whether the State’s denial of concealed carry licenses for the purpose of self-defense violates the Second Amendment.

As we all know, anything is possible. It’s possible that the United States Supreme Court could clarify requirements for “may-issue” permit systems or attempt to end “may-issue” permit schemes. It’s possible that the Court says the rule is constitutional and upholds it; it’s possible the Court says that firearms cannot be prohibited by the government outside the home. The anticipated outcome is that the ruling will be favorable to firearm owners, but the ruling could result in a much smaller expansion of gun rights than some hope for.

Regardless of what happens, NYSRPA v. Bruen will be an important case for self-defense, gun rights, and the Second Amendment. The recently appointed justices could help establish a new era of Second Amendment jurisprudence. But the Court could also follow in the footsteps of reserved predecessors.

Arguments in NYSRPA v. Bruen start November 3, and the whole country will be watching.