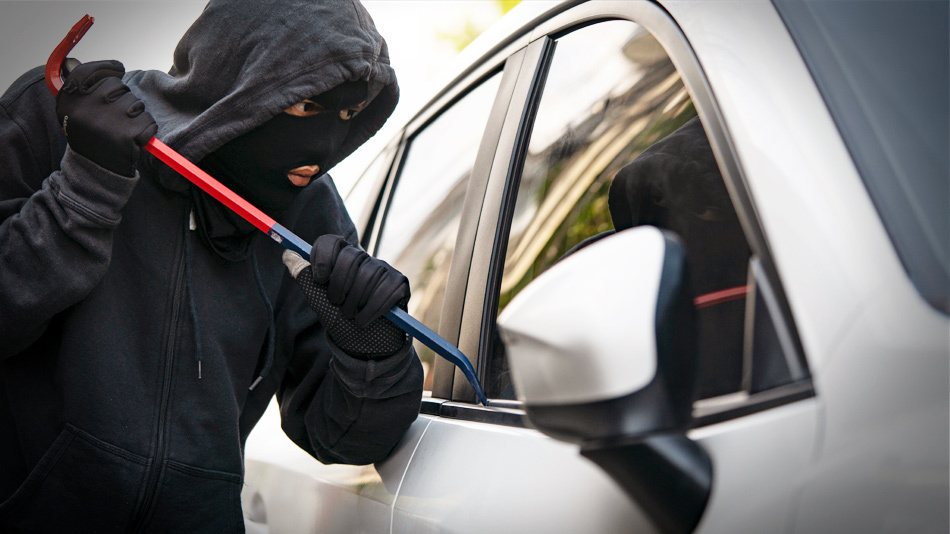 One morning in Colorado Springs, Colorado, firearms instructor and grandmother Lana was headed out of the front door of her home to go to work. She quickly discovered her car was broken into and found the front passenger door open.

The contents of her glove box were scattered across the passenger seat, the floorboard, and the ground.

Among the missing items: her firearm.

Lana panicked and yelled for her husband. What if the gun was used in a crime? What about the serial number; did she have it handy?

Lana immediately called the Colorado Springs Police Department to start the documentation of her stolen firearm. A report was filed, but all that was left to do was wait.

About a year passed without word from authorities.  Lana and her husband eventually gave up hope her stolen firearm would be recovered and made the difficult decision to stop spending their days anxiously awaiting an update.

Lana and her husband, now living in Georgia, almost forgot the frightening incident from nearly two years ago.

That is, until one day Lana received a call from the Fountain Police Department in Colorado.

Her fears were confirmed.

Her stolen firearm was recovered at a crime scene; her gun was the criminal's weapon of choice in a burglary.

Lana's mind started racing: was anyone hurt? Would she be blamed if they were? Was she legally responsible for the gun? Was she protected from any of it?

Thankfully, Lana received guidance from Independent Program Attorneys due to her U.S. LawShield Gunowner Identity Theft Coverage. Lana was advised that she would have to wait until the burglary case had concluded before her firearm could be returned to her.

Another Year of Waiting

Lana's firearm remained in evidence throughout the entirety of the court case—nearly a year. Yet at the end of the trial, Lana still did not have the firearm returned to her.

The firearm was damaged in the process of recovery and investigation, so Lana was instructed to send an invoice and write a victim impact statement.

Was Lana's case one in a million? Or was it part of a rising threat to gun owners?

Between 2010 and 2016, the majority of the 23,000 stolen firearms recovered by police were found in connection with crimes, including more than 1,500 violent acts. Research suggests that nearly one-quarter of stolen guns are taken from cars and other vehicles.

"It’s only normal to worry about your own liability when a firearm is stolen.  Take some comfort in the fact the act of the thief could cut your liability if that firearm is then subsequently used in a crime, or someone is injured with it, but you are highly recommended to alert law enforcement," said U.S. LawShield Independent Program Attorney of Georgia, Matt Kilgo. "The best response to discovering your firearm has been stolen is to contact police and make a report.  Make sure you are able to give law enforcement the serial number of the firearm, make, model, caliber, and any distinguishing characteristics of the firearm.  This can give you peace of mind, and help in the successful recovery of your firearm."

Lana shares her feelings from the whole experience, "I felt absolutely violated, and couldn't believe that my car was broken into right in front of my home. I hope that all responsible gun owners will take the necessary precautions, and make sure they have the Gunowner Identity Theft Coverage offered by U.S. LawShield."

For questions about stolen or missing firearms in your state, contact U.S. LawShield and ask to speak with your Independent Program Attorney.