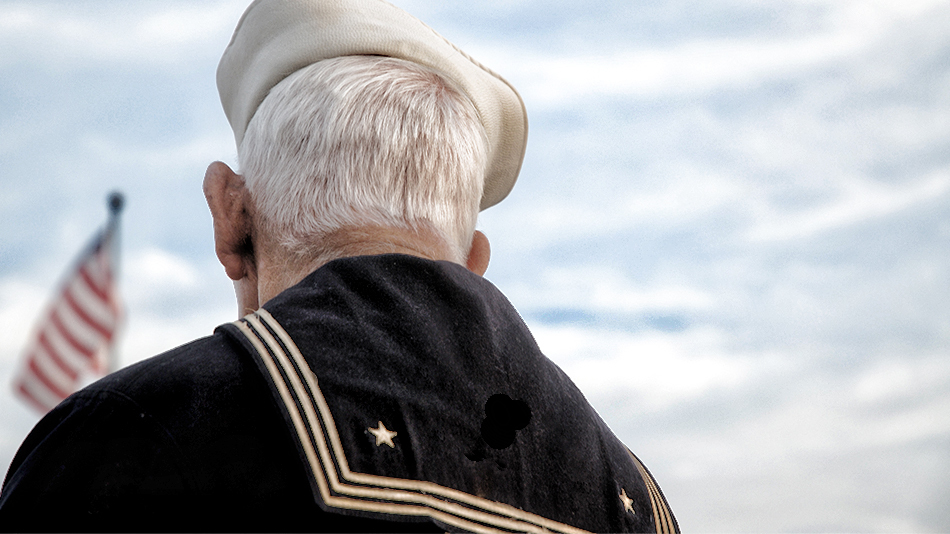 December 7, 1941. As President Franklin D. Roosevelt said, so it has become a date which lives in infamy. It is a symbol of the best of the American spirit triumphing in the face of the worst of adversity. This year, we commemorate the 80th anniversary of the surprise attack on the U.S. Pacific Fleet, meant to preemptively knock the United States out of the war before it began.

While Pearl Harbor is the primary focus of the memorialization of this day, on December 7, 1941, Imperial Japanese forces also orchestrated coordinated attacks on U.S. holdings in the Philippines, Guam, and Wake Island, along with the British-held territories of Malaya, Singapore, and Hong Kong.

Why did the Japanese Empire Attack the United States?

Japan had been expanding its borders through military conquest for some time prior to the attack on Pearl Harbor, and the U.S. had been a major trading partner. Airplanes, fuel, oil, machine tools, and parts were difficult to come by in Japan, and they relied on the U.S. for much of it.

Japan had only recently industrialized, and was a small, resource-poor nation. In fact, Japan was so dependent on America, for oil especially, that it was seen as a guarantee they would not attack, but instead negotiate to maintain such vital trade.

The Empire of Japan had spent a lot of money and blood to expand into China, Korea, and greater Southeast Asia, and by 1938, the U.S. had stopped shipping them war materiel in protest. The Japanese supply situation was untenable at best, and was made unavoidably bad in July 1941, when the U.S. finally cut Japan off from all trade, including its oil exports.

This presented Japan with a looming crisis: They risked running out of fuel for their army, navy, and air forces if nothing changed. After years of success on the battlefield, negotiating away their territorial gains was not something they wanted to do.

With the lack of raw materials suddenly becoming a major obstacle, Imperial Japan determined they had only one option if they intended to continue their goal of becoming the dominant force in Asia: take the Dutch East Indies, and secure their oil production facilities to ensure their continued military operations.

Negotiations were doomed from the start, in no small part due to the fact that the Japanese military had always answered to itself a lot more often than it did civilian authorities or even the Emperor, and the military was interested in conquest, not discussion.

In some instances, even when the civilian government would be agreeable to some concessions, the military refused, and would simply continue operations as normal, or even escalate things.

Offers were made and rejected throughout 1941, culminating in a Japanese final offer to withdraw from S.E. Asia, in return for millions of gallons of fuel, sent on November 20, 1941. Six days later (one day before the American counteroffer was actually presented the Japanese Ambassador); the Japanese naval force tasked with attacking Pearl Harbor left for Hawaii.

The U.S. Pacific Fleet was stationed there, and its eight battleships were the primary target. By day’s end, four of those were sunk, and the other four were damaged. Taking out these core vessels of U.S. naval force projection was meant to ensure that the Japanese could secure the oil and other resources they needed in Asia to continue their war effort unmolested by U.S. military intervention.

Fortunately, the entirety of the Pacific Fleet’s carrier force was out at sea on maneuvers that morning and escaped the attack completely unscathed. This happy accident would have unforeseen consequences.

While battleships had been seen up until then as the most vital element of a naval force, with half of them gone, and the other half out of action, aircraft carriers were pressed into this role, and were soon recognized as the modern successor to battleships.

It was something that had been proposed as an eventual change by some forward-thinking naval strategists, but suddenly, any resistance to the idea was gone, along with many of the battleships.

Naval aircraft, as they rapidly proved, could do more damage, faster, and from longer range than any big cannon, and while the loss of so many men and such massive ships were tragic, they forced the U.S. Navy to adapt and overcome, and eventually develop the basis for the tactics our Navy still uses today.

Pearl Harbor was a Japanese victory, but it was also the moment that Japan’s defeat was secured. Despite U.S. casualties resulting in 3,478 servicemen and another 103 civilians killed or wounded, numerous ships sunk and 16 damaged, and hundreds of aircraft damaged or destroyed, the Japanese had ensured that the sun rising on their flag would set forever on Imperial Japan within four years.

They had awoken a sleeping giant, who was until then content to attempt to manage Japan’s expansionist military ambitions from afar through diplomatic channels and trade negotiations. The loss of U.S. oil pushed them into a perceived corner, but the Empire of Japan still chose war over diplomacy. That choice was expensive, leading to their eventual defeat after a long and devastating war.