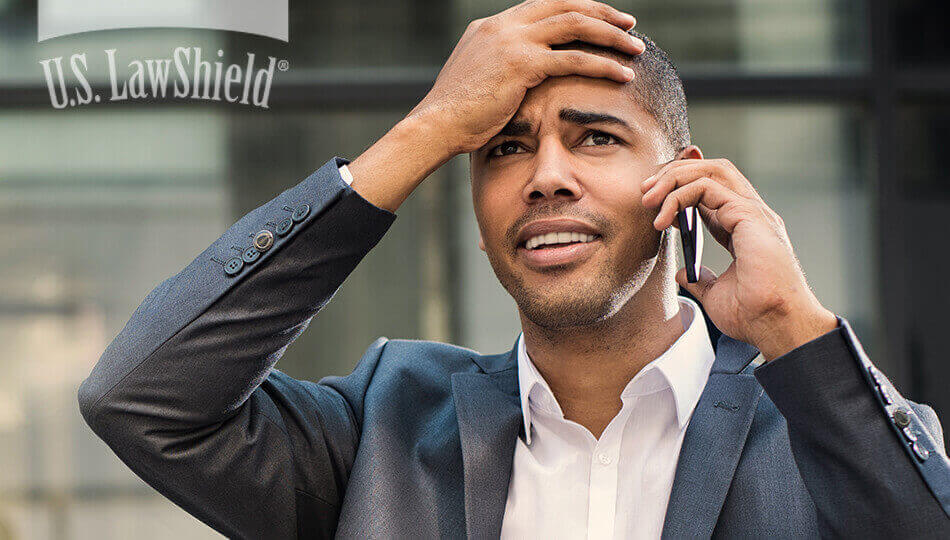 “If I had more bullets, I would have shot them all again and again.”

Those words were spoken by Bernie Goetz on December 31, 1984, during an interview with local law enforcement in Concord, New Hampshire. Goetz is perhaps best known by the name the media gave him at that time: The Subway Vigilante. He’d shot four young men he felt threatened him while he rode the subway. During the course of this interview—during which Goetz had no legal counsel present—he delivered what might be one of the more infamously bad exchanges with police. This took place decades ago, before the days of cell phones and instant interactions; today, it could easily be the content of a dramatically bad 911 call. In fact, the contents of a call to 911 are absolutely going to be heard by law enforcement, probably multiple times. Your 911 call might not technically be a statement to the police, but it can be treated as an admission or evidence of your state of mind—mens rea—in court.

Here’s a closer look at part of Goetz’s statement to police:

…The first two that I had shot and they were taken care of. It was all very cold-blooded, Miss. And this is going to offend everyone. And I went back to the other two to check on them. I wanted to know if I had missed and I, but I…I…I…I went to them a second time and I looked at him and—he can’t verify this because he was probably out of it by then, if I shot him or not, I don’t know—and I said, “You seem to be doing all right, here’s another.”

As he stumbled through his statement, Goetz was displaying what some in the firearms industry and mental health realm refer to as logorrhea, which is basically diarrhea of the mouth. It means Goetz was rambling in a disconnected manner seemingly without pausing to think about what he was saying. And, in fact, the transcript of his interview is incredibly disjointed. What it does do is appear to paint a picture of a stone cold killer.

Words matter, and when you’re calling 911 in the aftermath of a self-defense incident, their importance is compounded enormously. Remember, law enforcement will eventually review the recording.

What should you say—or keep to yourself—when calling 911 immediately after being forced to use lethal force to defend your life? Before we get into that, let’s consider how 911 itself works. 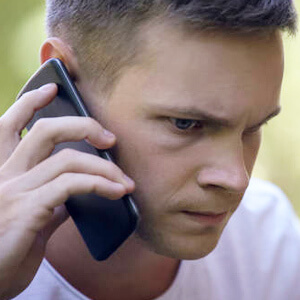 What Happens When You Call 911?

Perhaps the most important thing to understand is that when someone calls 911, the recording begins immediately. This means the second the call connects, the proverbial tape is rolling. The dispatcher may or may not even be on the line yet, and it doesn’t matter. As a general rule, there is no right to or expectation of privacy when calling 911. What you say can certainly be used against you in court (and spread across the internet). It’s also important to understand this doesn’t only apply to calling the emergency number; phone calls to your local law enforcement’s non-emergent line are usually recorded as well.

There are many reasons 911 calls can be considered fair game in court proceedings. One reason is that there is no expectation of privacy when making such a call; in fact, 911 calls are generally public records. Second, a 911 call can easily be ruled an “excited utterance.” U.S. LawShield® Independent Program Attorney Gilbert Ambler explains the issue of admissibility and how what you say during a 911 call can be used against you:

Generally, under the federal rules of evidence, and in most state courts, out of court statements are inadmissible to prove the truth of the matter asserted.

However, there are several exceptions.

Two big ones include: admissions against interest, and excited utterances.

The idea is that generally out of court statements are excluded because of the tendency that they might be unreliable, or that someone might intentionally say something false or misleading to improve their position.

Finally, the complete 911 call is normally admissible so long as the appropriate foundation is laid (i.e., Can they show who was actually on the phone, where the call was from, etc.).

Also keep in mind that it’s possible for past 911 calls to be used in court. That’s what happened to George Zimmerman in court after the shooting of Trayvon Martin. When the case of Florida v. Zimmerman went to trial, it was found Zimmerman had made approximately fifty 911 calls in recent years. Five were ruled admissible by the judge in the case. In addition, the call specifically pertaining to the night he shot Martin included Zimmerman saying to the dispatcher, “These [expletive] always get away.” On social media forums this could easily be referred to as an “am I the one in the wrong?” moment.

Bottom line? What is said in a 911 call can be used for or against you in court and that includes comments made to others at the scene and mumbling under your breath; quite literally anything and everything that’s caught on the recording could be used in court.

While we can’t speak for all lawyers, some of the Independent Program Attorneys (IPAs) here at U.S. LawShield were happy to share thoughts about what to say—and not say—after dialing 911.

Remember, the 911 call is evidence also. Although you might need to make a 911 call to get help, limit the information you give out, to prevent building a case against you. There have been many trials lost, based on 911 calls.

Only provide necessary information—name, “I was just the victim of a crime,” the address or location, description of what you are wearing, request medical help for yourself if needed. Then hang up! Remember, these calls are recorded.

Do not get into trying to explain why you did what you did. Leave those explanations for after you speak with a lawyer.

Never say “I just shot somebody” or any version of that phrase. Instead say “I (or another person) was just the victim of a crime.” 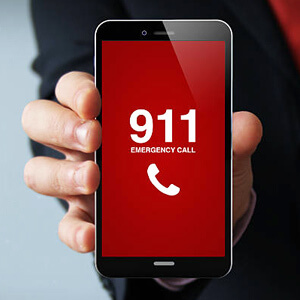 …911 call operators are trained to repeatedly call back when a conversation is disconnected. They are also trained to ask open-ended questions to gather as much information as possible. After you provide the necessary information, hang up and do not answer any additional calls. You are under no legal obligation to do so.

There are different schools of thought on this. Some say, yes, to assist police in determining who the caller is. Others say no, as police, in a hurry to get to the scene, may misunderstand and think that the description is that of the assailant who needs to be apprehended. There is no magical “right” answer, and you need to use your judgement.

What the Police Want You to Know

You might be thinking that members of law enforcement are the last people you’re going to ask about what to say to a 911 dispatcher, but you’d be mistaken. No one understands the nuances of a 911 call better than a seasoned law enforcement officer working in that field, which is why we chose Oklahoma LEO Warren Wilson. He’s had a stellar career including time spent serving as SWAT and Shift Commander and five years as his area’s 911 Director. This is definitely his area of expertise.

The issue of what to say and not to say is a tough one. According to Wilson, planning ahead is key. He told us, “the first [thing when calling 911] is to have planned out what you will say in various situations. [The late] Dr. William Aprill taught us that if you don’t have a file stored in your brain, you won’t be able to access it under extreme stress.”

Wilson went on to address the issue of speaking to law enforcement, advising gun owners, “don’t ‘not’ talk to the police. That’s a ridiculous myth. [However, d]on’t say anything stupid to the police.” If you’re interested in getting a look at a statement to law enforcement gone wrong, dig deeper into the Bernie Goetz interview mentioned earlier.

Should you call 911 right away? According to Wilson, the answer is a resounding “yes”:

I’ll parrot Massad Ayoob here a little: Call first. Give minimal information that clearly lets dispatch know you were attacked and the status of your attacker. Tell them if you need an ambulance for him/her. When officers arrive, COOPERATE. They don’t know who anyone is until they investigate. Make certain they are aware of any witnesses and evidence. Tell them you want to press charges against your assailant. Then, tell them you want to cooperate fully, but you’d like to see your attorney first. Also, remember that most modern 911 systems begin recording as soon as the call is placed and before it’s answered. That’s a good time to be quiet and access your file.

Wilson, who is not only a LEO but an accomplished shot, makes some good points. There are reasons to have plans in advance, and that includes having some idea what you’d say to 911—and to law enforcement—in the aftermath of a self-defense incident. If you’ve never stopped and considered what to say, and not to say, it’s far more likely you’ll fumble and possibly suffer from some logorrhea. This is why it’s important to not only get extensive live-fire training but to go to lectures and classes that cover interactions with law enforcement, what to say to 911 dispatchers, and the mental side of self-defense.

Simply having a firearm isn’t enough. Gun owners need to be law-abiding and responsible with those firearms, and that means getting related training that covers more than putting holes in paper. Understanding what to say and how to say it and making some sort of mental game plan in advance, is vital to protecting your rights and freedom. Being prepared is always the right answer.