Home / Blog / Can You Count On Justice From the Judge?

Can You Count On Justice From the Judge? 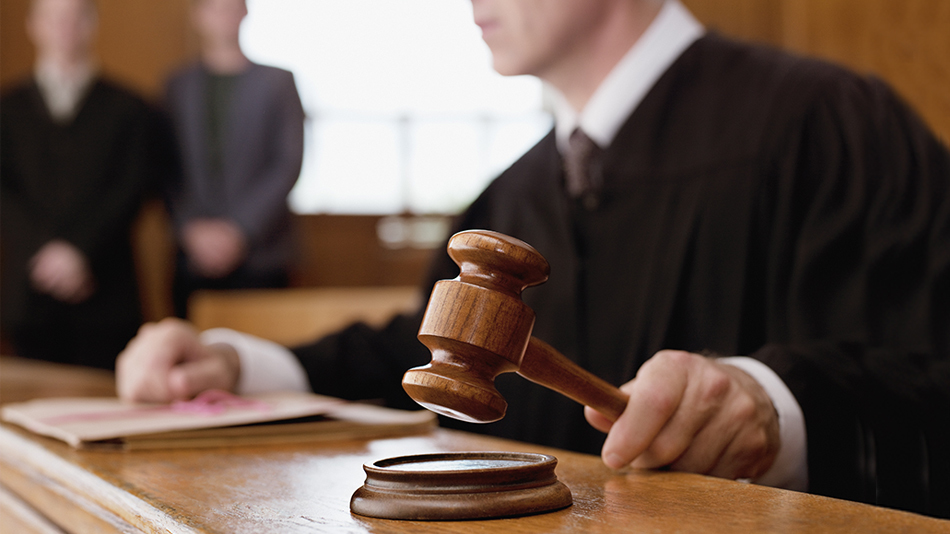 When walking into a criminal proceeding, most people view judges as the dignified presence sitting in judgment of others. After all, a judge usually enters the courtroom in a regal robe after everyone is ordered to rise and acknowledge his or her presence. The judge sits behind the bench on an elevated platform above everyone else in the courtroom, and then all others in the room take their seats. It creates the image of an impartial adjudicator; yet, can we truly expect impartiality and a fair trial?

As a law-abiding gun owner, if you find yourself before a judge, you’re at their mercy. And while you may have been acting within your rights, the law isn’t necessarily the only catalyst for a judge’s ruling. Some judges follow personal and professional agendas, often as a result of being partisan or being supported by partisans through an election or appointment. It would be ill-advised to always expect the letter of the law to be followed by everyone in a court of law, no matter how much you assume that should be the case.

How Do Judges Get Into Office?

United States Federal Judges are appointed for a term of good behavior (usually a lifetime appointment) by the President with the advice and consent of the U.S. Senate as prescribed by Article II of the U.S. Constitution. State judges, on the other hand, are either appointed or elected in one of the following five ways, depending upon the state:

And all of these methods vary not just by state but by the type of judge. For example, a state that allows for partisan elections of county or local trial judges might use a different method for intermediate appellate courts or the state supreme court.

Before the mid-1800s, nearly all states admitted to the Union selected their judges by gubernatorial appointment with legislative confirmation, much like the federal system.

This changed in 1832 when Mississippi became the first state to begin electing judges in order to make them more accountable to the people. Other states followed suit and adopted the practice. As more states joined the Union, the election of judges became more popular.

There are various explanations for the rise in popularity of judicial elections, though most scholars attribute the development to the outgrowth of other movements at the time to make government and its institutions more accountable to the people. Elections were a way to give each individual American a voice in the judicial process.

How Powerful Is a Judge?

Judges have a leading role in deciding the fate of any gun owner who has to go to court to face criminal charges. How? Judges will set the bail amount and bond conditions for a criminal defendant. In the event a criminal defendant is convicted by a jury, in most states the judge will determine the defendant’s sentence.

The trial judge has the responsibility for protecting both the rights of the accused and the interests of the public. Judges have a responsibility to be fair and unbiased; to oversee a trial that treats both the state prosecutors and the defendant the same.

One of the most powerful jobs a judge has during a trial is the admission and exclusion of evidence. The jury may be the judge of the facts, but the judge gets to decide what evidence of those facts the jury will hear. Further, before the jury begins its task of deliberation, the judge will instruct them on the law and how to apply it to the facts it finds from the evidence, which will lead them to a verdict.

Criminal trials have a simple purpose: to determine the guilt of the accused and, if found guilty, to sentence the accused; if the defendant is found not guilty, to set them free and clear their name. The obligation of the trial judge is to make sure the proceedings are conducted according to the rules of evidence and the code of criminal procedure, and to prevent any violation of the defendant’s Constitutional protections.

Many criminal trials have a jury to find and assess the facts that are presented and make a finding of guilty or not guilty. The role of the judge is to make sure relevant evidence is clearly and fairly presented so the jury can do its job.

In non-jury trials, the judge becomes both the finder of the facts and the arbiter of the law. Effectively, the judge becomes a jury of one determining guilt or innocence in accordance with the law, the evidence, and the legal standards to be applied during the case.

Influence Over a Judge

As such, it’s vital to know what factors and groups could potentially influence their decisions.

For example, appointments by governors may give them undue influence and access. Governors can appoint anyone they wish and may appoint their “buddies” to the bench, which could cut off access for more qualified candidates.

Elected judges, whether in a partisan or nonpartisan election, are open to influence from special interest groups that have the ability to raise money and help place them in office.

Like other elected officials, the process of electing judges involves campaigning, and campaigns cost money. This allows judicial candidates to seek campaign contributions in a manner that could give special interest groups greater access to judges than the average American would enjoy. Special interest groups can raise millions of dollars to pour into a vast selection of judicial campaigns—contributions that raise questions about the ability of judges to give unbiased rulings in cases that would involve those groups going forward.

Say, for example, an anti-gun lobbying group raises money for judicial races in Texas as key issues such as self-defense and the right to purchase and possess firearms are being contested in the courts. Is a judge who takes the funding going to be completely independent if a highly publicized case involving a person defending their business with an AR-15 comes into his or her court at a later date?

Obviously, there is a danger there. Various public interest advocacy groups have argued that there are connections that show such contributions influence judges when they rule in business-related cases.

Elected judges, in both partisan and nonpartisan elections, can feel which way the political winds are blowing. Unfortunately, gun rights and self-defense laws are political issues. Partisan judges will be pressured to adhere their views on gun rights to their political party platform to maintain their place on the ballot. Nonpartisan judges may feel influenced to make decisions that follow election trends so that they can keep their status as a qualified and meritorious judge worthy of retention. Since state court judges are selected from individual districts or counties, the impact of this influence can vary widely in different parts of the same state. For example, a judge in a rural county may have more compassion for a gun owner who is claiming self-defense than a judge from an urban area.

Will You Be Treated Fairly?

As a law-abiding gun owner, you should expect and demand fair treatment in the court system. If something goes wrong and you’re charged with a crime, you should do some research and consult with your attorney to find out which court you will be tried in and how the judge gained his or her position. Those facts will give you some indication of how you are likely to be treated.

As with any elected official, when judges are up for election, the burden is on you as an informed voter to check their platforms, their promises, and their records to see if they’re fit for the bench.

It is important to remember that in all situations where you feel your liberty is in danger because you protected yourself, your family, or your property, to get a lawyer who is knowledgeable and experienced in laws and procedures surrounding crimes involving weapons and self-defense.

Be sure to look out for Part 3 of this story in the next newsletter. For more information about how a judge can impact a law-abiding gun owner’s freedoms, contact U.S. LawShield and ask to speak to your Independent Program Attorney.